Respawn Entertainment has just blessed Apex Legends players with a brand new update that adds some things that we didn't ask for, but are more than happy to have.

Respawn Entertainment has officially kicked off their Iron Crown Collection event where players will be able to jump into a limited-time solos mode, enjoy the Octane Town Takeover that has a skate park, double XP for top 5 and wins over the weekend and numerous cosmetic additions.

This update dropped out of nowhere and judging by players' reactions in the comment section of the above video, it has been more than welcomed. There is so many new skins for both weapons and legends, and they honestly look fantastic so props to Respawn for their efforts. Moving into the map change, Octane has "taken over part of Kings Canyon and done a bit of remodeling to better suit his adrenaline-seeking tendencies".

Kings Canyon now has a mega jump pad course which basically looks like a skate park, but a ring of fire has been included for purely stylish purposes. If you are interested in getting all the full details for the Iron Crown Collection Event, visit the official patch notes here. 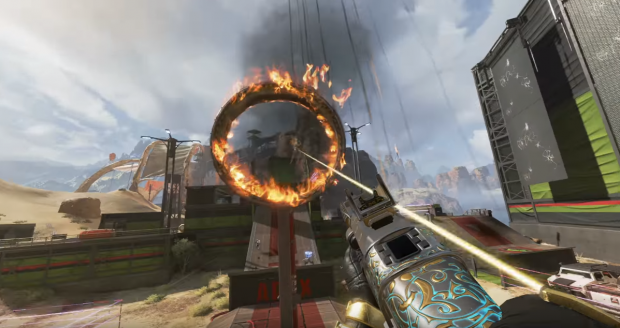