NVIDIA's newest Shield gaming console appears to be getting closer to making a public appearance. 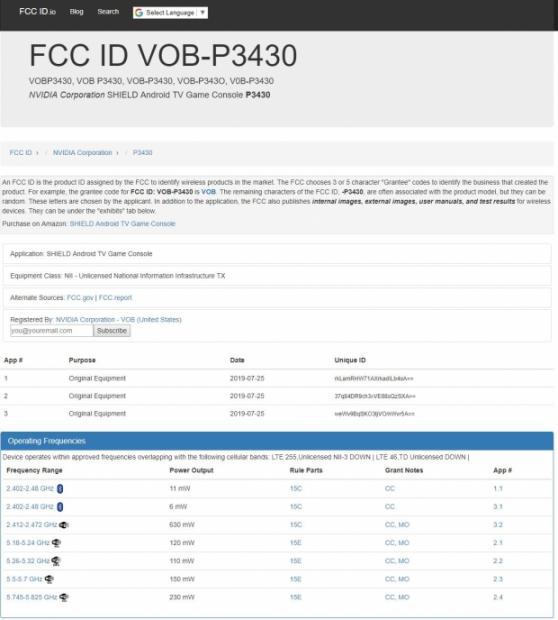 We also see new accessories such as a new Shield TV Remote (model # P3700) which hints that new hardware is on the horizon, but the new console codenamed 'mdarcy' is still slated to be a minor incremental update. While the existing 2017 model (model # P2897) has been updated with the FCC showing a potential refresh to the now-aging hardware. The new P3430 could turn out to be a Shield TV dongle much akin to a fire-stick like device. This would be for those looking for the popular Android Shield interface without the size and grunt of the full-blown gaming console.

The likely launch window, if the same cadence is followed as the 2017 release, we could see the new NVIDIA Shield TV game console announced or even released at CES 2020. Stay tuned as we will add more news on this as the story develops.