Wolfenstein: Youngblood is right around the corner with a release date of July 26, but it will be launching without its ray tracing with the developer working with NVIDIA engineers in last-minute crams. 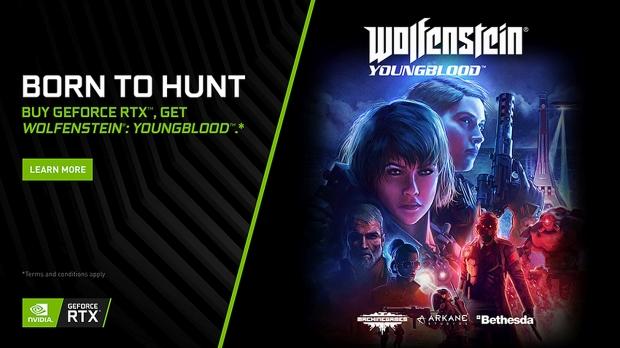 Executive Producer of Wolfenstein: Youngblood, Jerk Gustafsson, said during a recent interview with GamesBeat: "We're working together with NVIDIA on that, but raytracing won't be available at launch. The engineers at NVIDIA are still hard at work getting that solution to look as good as possible for the game, and the date is still to be determined. But from what we've seen so far, it'll be good".

It's a bit of a kick in the teeth considering Bethesda Softworks and NVIDIA announced at Computex 2019 that Wolfenstein: Youngblood would include ray tracing, and now 4 days before its release it is announced that it won't be included at launch. We don't know when it'll be launched apart from the date "still to be determined". Weeks? Months? How long do you think it'll be?