Since drones have become a layman's new toy there has been many creations and attachments made for them, but this truly does take 1st place for awesome - introducing the Wasp Flamethrower Drone.

Above we have a video released onto the Throwflame YouTube Channel and it showcases the brand new flamethrower attachment called the Throwflame TF-19 Wasp. This attachment is designed to fit a commericial-grad heavy lift drone and is equipped with a one-gallon fuel tanker that is capable of launching flame up to 25 feet.

The tanker supplies 100 seconds of flame throwing awesomeness and comes in at the cost of $1499. That isn't the full cost though, since the TF-19 is an attachment you will need a drone to fly it. According to Throwflame, who talked to the The Verge, the drone in the video is a DJI S1000 with an A2 flight controller, 6S 16,000mAh LiPo battery and a TBS Tango R/C remote. All of that prices out to about an additional $2,600.

Besides just launching flame whenever you want, what would be the practical use of one of these drone attachments? In China these drones and attachments were used to clean power lines, there is also another use case in removing wasp nests and controlled grass burns. 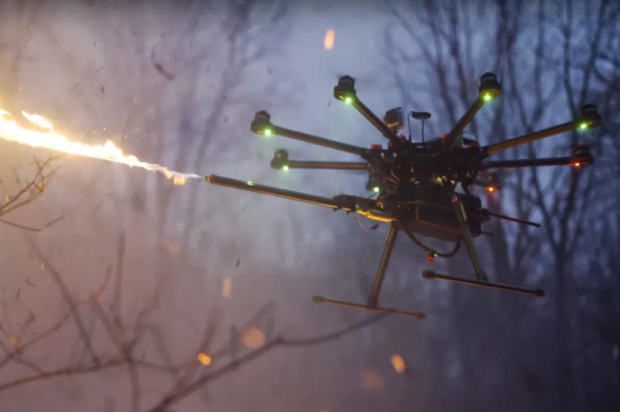 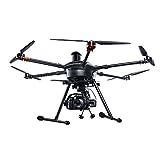