The Nintendo Switch version of CD Projekt RED's masterpiece title The Witcher 3 will be arriving on the Switch packed to the brim with content.

During the Nintendo E3 2019 presentation, it was revealed that the rumors surrounding a Switch port for CD Projekt RED's The Witcher 3 were confirmed. The Witcher 3 is coming out on the Switch and it isn't just the base game either. According to the above announcement on the official Witcher Twitter account, the game card will contain ALL 16 pieces of downloadable content as well as both of the games expansions - Heart of Stone and Blood and Wine.

The game cartridge has is a 32GB capacity, which makes sense considering all of the content to do with the game will be shipping on a single card. Since the card is on the larger side of things and all the content is already installed, Nintendo Switch users won't have to worry about day one downloads for their game. For a more extensive breakdown of everything that is included within The Witcher 3: Wild Hunt Complete Edition, check out my other post here. 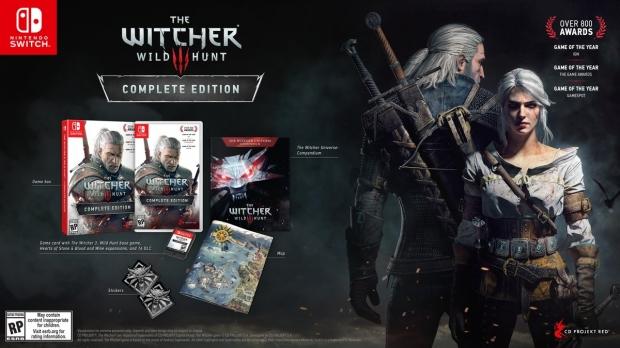