During Nintendo's E3 2019 presentation we learned that the rumors were true and that CD Projekt Red's Witcher 3: Wild Hunt will be coming to the Nintendo Switch. Now some more information has been released regarding the port. 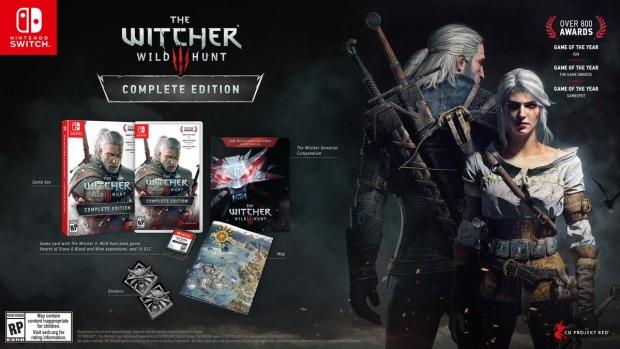 According Twitter user Wario64, the Nintendo Switch version of the game won't be having a day one download if the title is purchased in the physical format. The game will be shipping on a 32GB cartridge and contain the entirety of the game, including both the DLC's: Heart of Stone and Blood and Wine.

The physical package also contains a compendium, map and many stickers. The port for Wild Hunt will be played at 540p on the Nintendo Switch in hand held mode, and docked the game will be bumped up to 720p. The pre-order for The Witcher 3: Wild Hunt can be found on Amazon for $60, a link is located here.