E3 2019 - Nintendo today announced its new Animal Crossing game is set on a tropical island, but it's delayed till next year.

The new island-themed Animal Crossing: New Horizons won't be released in 2019, and has been pushed back to a March 20, 2020 release date to ensure quality and polish. New Horizons is set on a remote isle as part of the exclusive (and expensive) Nook Inc. Charter Getaways package, and sees players founding a town from scratch.

New Horizons will have seasons, lots of new and old characters, and that same whimsical charm that captured an entire generation of gamers since the franchise's debut on GameCube.

Animal Crossing: New Horizons launches on March 3, 2020 exclusively on the Nintendo Switch. We'll have more details as they're announced.

In Animal Crossing: New Horizons, start fresh on a deserted island and enjoy a peaceful existence full of creativity, freedom, and charm as you roll up your sleeves and make your new life whatever you want it to be. Collect resources you can craft into everything from creature comforts to handy tools. Embrace your green thumb and try out some new tricks of the gardening trade. Set up a perfect homestead where the rules of what goes indoors or out no longer apply. Go fishing, pole-vault across rivers as you explore your island home, make friends with new arrivals, kick back and enjoy the seasons, and more! 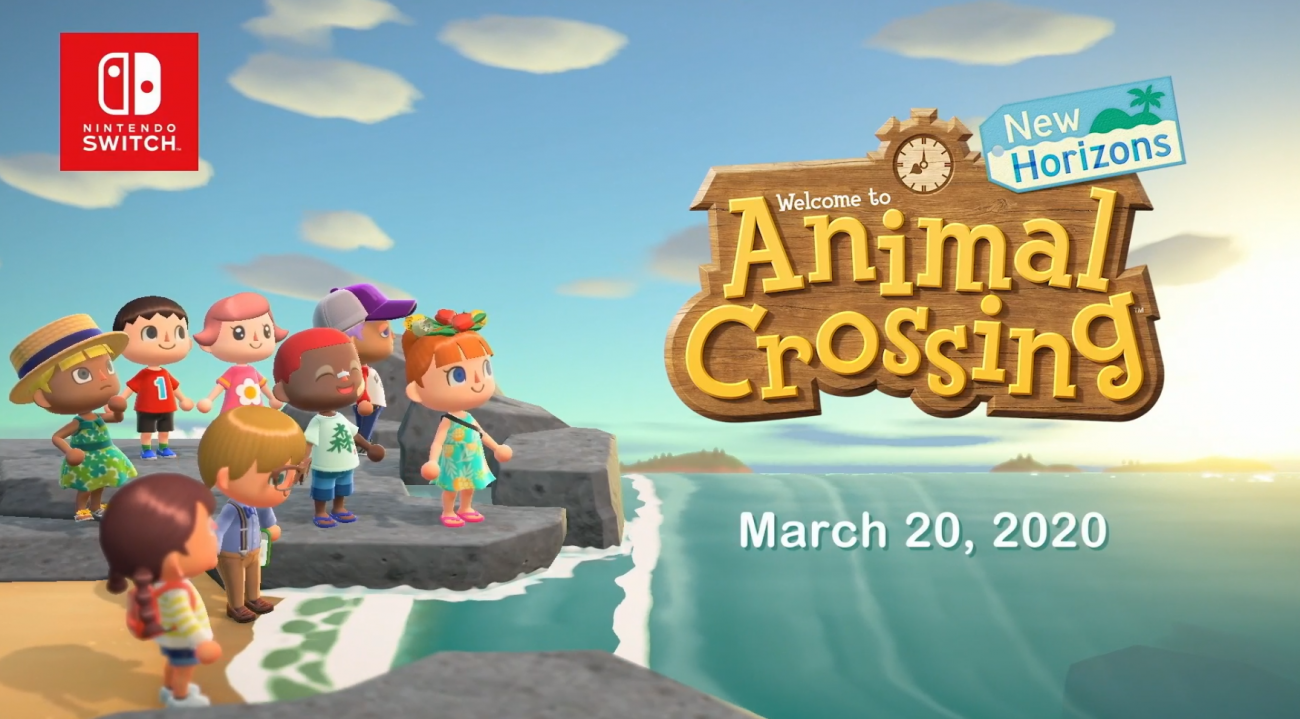