THQ Nordic have come out swining early with a brand new announcement teaser for their next Darksiders game, Darksiders Genesis.

The teaser trailer has been released onto the Darksiders YouTube Channel and showcases a brand new Darksiders experience that players can look forward to. This time round, THQ Nordic and Airship Syndicate present the first top-down action adventure title in the Darksiders franchise. The upcoming game is titled Darksiders Genesis and will follow the story of Strife.

Strife is the fourth Horseman of the Apocalypse and has been called upon to prevent the destruction of humankind at the hands of Lucifer. Fans seem to quite happy with the decision of Genesis being played from the top-down perspective, as it could open the door for the other horseman to be unlocked and playable in 2-4 local co-op, or better yet online. THQ Nordic will release more information about the title during their press conference at E3 next week. 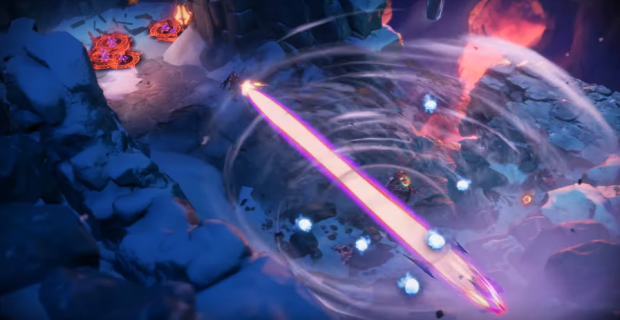