We are back yet again with Shenmue III news and in a not-so-surprising move by Deep Silver we have yet again another delayed release date for the title. 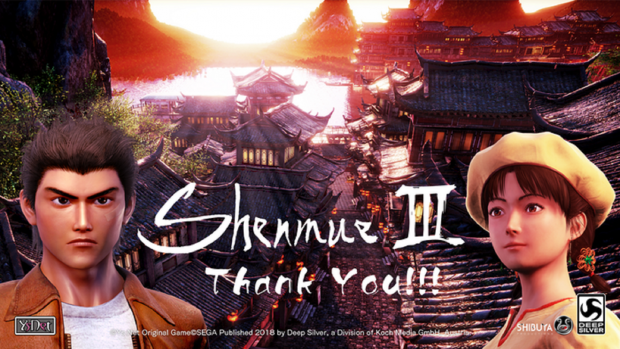 The news has been posted onto the official Shenmue III Kickstarter page, and according to the post Yu Suzuki and Deep Silver have given a joint announcement regarding the release date of the game. Originally, Shenmue III was meant to be released on August 27th, 2019, now the release date has been moved to November 19th, 2019.

The reason for the delay has been described down to the developers needing more time to refine the game. "Whilst almost ready, the game simply needs a little more refinement before being truly finished." The post says that this extra time "will help us deliver the true Shenmue experience players around the world deserve!" To check out the official Shenmue III page, a link can be found here.