Microsoft's new Project xCloud streaming service is very ambitious, but like any cloud gaming subscription we should expect some big caveats.

Like Google's Stadia platform, Project xCloud has the potential to change gaming forever. Microsoft has the upper edge with its established Xbox LIVE core framework, as well as its vast storefront of digital games. First Xbox bridged PC and consoles, and now Microsoft is aiming at the whole pie by bringing Xbox to mobile. Now the company makes some bold affirmations that Project xCloud will technically support all existing and future Xbox One games. But will it actually host and beam the 3,000 plus titles available on Xbox? Probably not.

In a recent update on Xbox Wire, Microsoft VP of cloud Kareem Choudhry said Project xCloud's infrastructure can technically support any game playable on the Xbox One. If it's playable on Xbox One, it could be streamed on Project xCloud, including original Xbox and Xbox 360 games. Coudhry says the games will be natively scaled across all devices and platforms without any additional work from the developer.

But the exec is careful not to completely confirm every game will actually run on the service. There could be hiccups that require developers to intervene and adjust their titles, signifying that how well a game runs on Project xCloud is determined how well it actually runs on the Xbox One to begin with. Things get a bit dicier once we consider latency issues, phone hardware limitations, and other factors that obfuscate the brilliance of cloud gaming.

Choudhry makes Project xCloud sound like magic. And if it operates the way Microsoft hopes, it actually will be. But we're pretty skeptical that every single playable Xbox One game will run well on the platform.

"Today you can play three generations of amazing games on Xbox One. That means that Project xCloud has the technical capability to stream more than 3,500 games, without any changes or modifications required by a developer. In other words, developers will be able to dramatically scale their existing games across devices, with no additional development, no additional code base maintenance and no separate updates. When a developer updates the Xbox One version of their title, those updates will also apply to all versions available on Project xCloud without any additional work."

Choudhry says that future games could run on Project xCloud, not that they actually will. There could be some limitations, but we don't actually know what these shortcomings could actually be.

"There are currently more than 1,900 games in development for Xbox One, all of which could run on Project xCloud."

Before we get our hopes up and see Project xCloud as a massive game-changer that brings every Xbox game to your phone, we need to prepare for some serious caveats.

Latency is always a big issue with anything cloud-powered. Project xCloud will use server banks with custom Xbox One S blades in every rack to ensure a kind of uniform hardware compatibility between console-to-console and console-to-PC streaming, whereas streaming games to mobiles will primarily use the remote servers for play. I'm curious if Microsoft's servers are actually ready to support millions of paying customers across the United States.

Bad latency will dramatically affect playback and make some games virtually unplayable. Any game that requires split-second timing like Halo or even Devil May Cry 5 will be frustrating experiences.

There's also licensing issues. Not every game will show up on Project xCloud, just like not every game is on Xbox Game Pass right now. Publishers and devs opt out of the service for their own reasons (not that most would actually opt out of Game Pass considering how tremendously advantageous it is for full game sales). That means Project xCloud will only consist of games that're approved by their respective creators and publishers.

Game Pass isn't the same as Project xCloud though. Gamers are more likely to buy full games via Game Pass because it's a dedicated platform service, it's not something you can just play on-the-go. Devs and publishers love the idea of subscriptions pushing full game sales, but Project xCloud probably won't actually incentivize any real sales but instead just ensure longer subscription times.

There's so much more that we need to know about the service. It's admittedly pretty ambitious and could completely upend the market in Microsoft's favor. Remember that Xbox isn't that important to the company--it makes less than 10% of revenues every quarter--and the brand is more tailored towards services than anything else.

Project xCloud is a big move to total coverage of the gaming market and folds neatly into Microsoft's monetization strategies.

The new streaming service will be a big part of Microsoft's E3 2019 showcase in June. The company's conference will last a cool two hours when it premieres on Sunday, June 9, 2019 at 4PM EST. 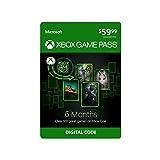