A new Steam sale coming under the title of 'Skulls for the Skull Throne' has taken over the Steam Store, bringing heavy discounts to many Warhammer titles.

Games Workshop has been conducting this same event for the past three years now and just like the previous years many gamers now have the opportunity to grab some great Warhammer titles at some even better prices. Focus Home Interactive and many other studios are taking part in the event. Discounts are ranging from 10% to 80% off and include both downloadable content for games and the initial games themselves.

Some of the titles that are discounted are; Total War: Warhammer 2 with 33% off, Man O' War: Corsair with 60% off, Warhammer: Vermintide 2 with 60% off and Warhammer: Inquistor at 50% off. There is many other titles on sale and numerous other DLC content that is also available at a discounted price. For more information you can visit the official Steam listing for the sale here. 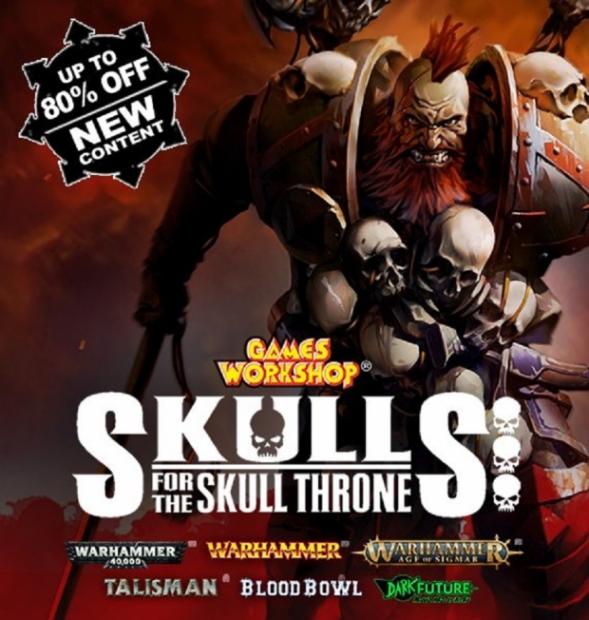