Lenovo has just unveiled a new prototype foldable laptop, something that will feature a future Intel processor and will be an always-on, always-connected laptop running Windows 10.

The company unveiled the new foldable laptop prototype to the media which rolls out with a 13.3-inch 2K OLED-based display that has a Galaxy Fold-like design with its latch magnetically leaving a small gap near the hinge. When the prototype foldable laptop is laid out flat, Engadget said during its hands-on that they were "impressed to see that the PC didn't have an obvious crease".

The new laptop will need a tweaked version of Windows before it'll be able to go mainstream, but The Verge said that the foldable screen folds "as advertised" and that Windows "worked well enough". That doesn't inspire confidence as it would be quick and dirty hands-on time and not a full detailed review over weeks and months of using it and folding the screen hundreds of times.

Lenovo will unveil more details on its foldable laptop plans in 2020. 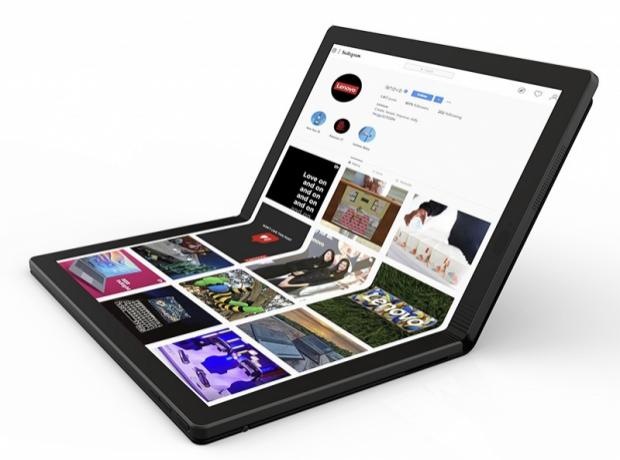