Snoop Dogg has continued his legacy of being an avid video game fan by hosting his very Mortal Kombat 11 tournament. Enter the "Snoop Dogg's Gangsta Gaming League" for the 'King of the Kompound'.

Snoop Dogg has taken to his personal Twitter to reveal that he is hosted his own Mortal Kombat 11 competition showdown with some of his close friends. Some of Snoops friends included rapper 21 Savage, Rachel Ako, Kamil McFadden, Rachel Swindler, Dashae Frost and Dan Rue. The stream was featured on mixer as well as Twitch.tv and also directed viewers to the website Merry Jane.

This isn't the first time we have seen Snoop embrace his gaming side, we last saw him receiving his very own copy of Spyro Reignited Trilogy as he is a massive fan of the original Spyro games, check that story out here. In other news about Mortal Kombat 11, check out the Nintendo Switch gameplay trailer here, or you can watch the brutal trailer of the recently revealed Frost fighter here. Mortal Kombat 11 has officially launched and is available on the Xbox One, PlayStation 4, PC and Nintendo Switch. 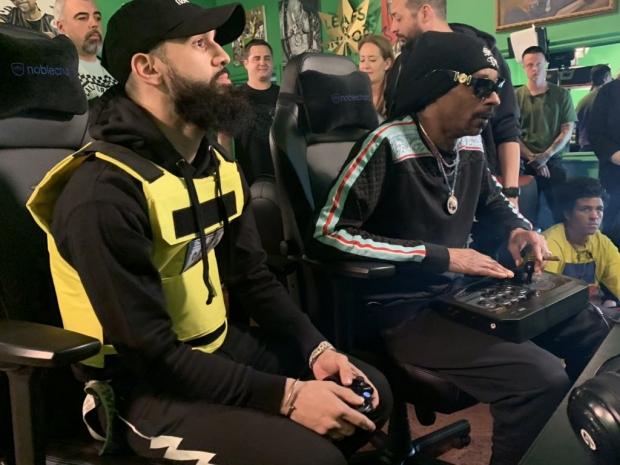