GTC 2019 - NVIDIA unveiled a cute little AI computer today at its own GPU Technology Conference, with the introduction of the Jetson Nano. 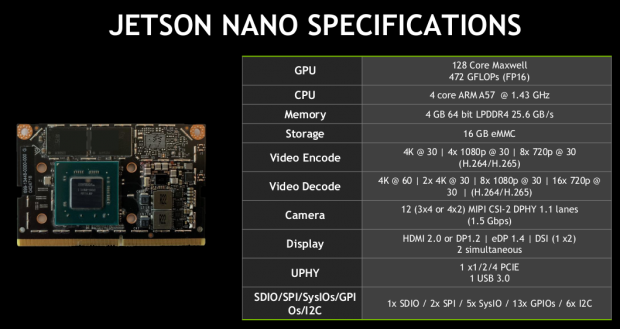 The new Jetson Nano is an entry-level AI computer that NVIDIA will sell to developers for just $99, where inside NVIDIA is using an 128-core Maxwell GPU and quad-core ARM A57 processor that is capable of 472 gigaflops of processing power for neural networks, high-res sensors, and other robotic features.

It'll be a power-sipping PC requiring just 5W of power, can run Linux out of the box, and supports a bunch of different AI frameworks. It'll also house 4GB of RAM, 1GbE port, and I/O that you'll need to attach cameras and other devices to it. 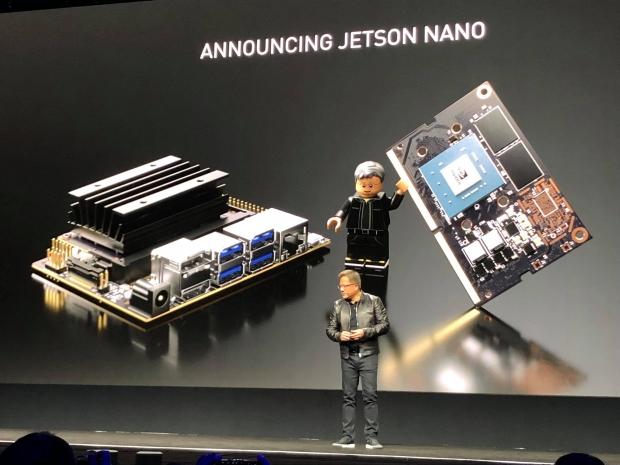 NVIDIA's new Jetson Nano is $99 for individuals or $129 for the "production-ready" units that companies would use and deploy.