Mortal Kombat 11 has swamped the gaming news sector, as NetherRealm Studio's gears up for the release of the next title in their iconic franchise a confirmed to what engine the game will be running on has been announced.

While Mortal Kombat 11 looks undoubtedly gorgeous on screem, the initial guess would that it is running the most recent version of Epic Games' Unreal Engine, Unreal Engine 4. That guess would be in-fact wrong, as NetherRealm Studios Programming Lead, Jon Greenberg has confirmed on Twitter that the title actually uses a custom Unreal Engine 3 that has been specifically modified by NetherRealm. Greenberg continues and explains that the engine that they are using is "radically different from Epic's at this pt (point)". 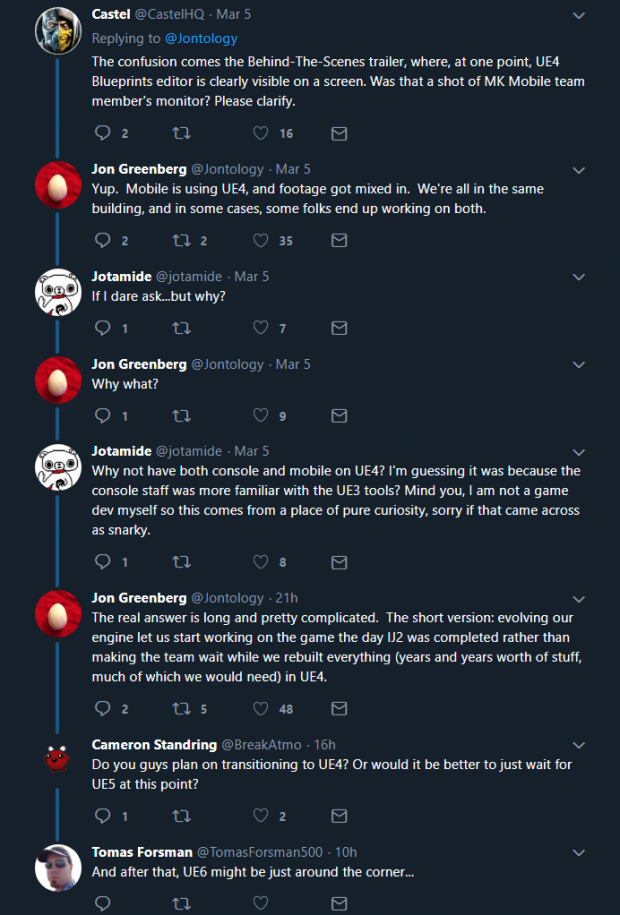