To celebrate the release of 'The Nutcracker and the Four Realms' on home video, we have five Blu-ray copies of the season to give away thanks to our friends at Disney Home Entertainment! 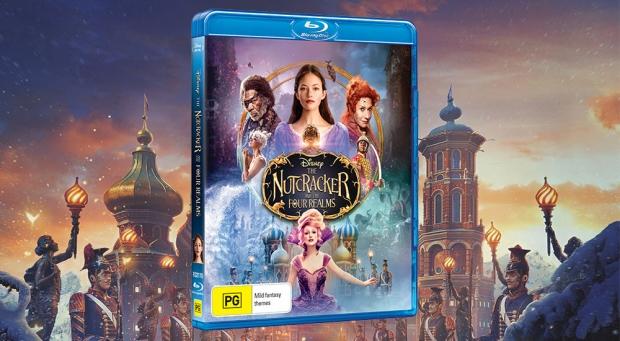 All Clara (Mackenzie Foy) wants is a key - a one-of-a-kind key that will unlock a box that holds a priceless gift from her late mother. A golden thread, presented to her at godfather Drosselmeyer's (Morgan Freeman) annual holiday party, leads her to the coveted key-which promptly disappears into a strange and mysterious parallel world. It's there that Clara encounters a soldier named Phillip (Jayden Fowora-Knight), a gang of mice and the regents who preside over three Realms: Land of Snowflakes, Land of Flowers and Land of Sweets. Clara and Phillip must brave the ominous Fourth Realm, home to the tyrant Mother Ginger (Helen Mirren), to retrieve Clara's key and hopefully return harmony to the unstable world.

To go into the running to win a prize, post this article to your social media profiles, correctly answer the following question and send your postal address to ben at TweakTown dot com before the competition closes on March 8.

Name one of the two stories that this film is based on.

'The Nutcracker and the Four Realms' is available to purchase on 4K Ultra HD Blu-ray, Blu-ray and DVD at Australian retailers from March 6.