Humble has a fantastic April bundle, with games such as Mutant Year Zero: Road to Eden, Absolver: Downfall, and Northgard heavily discounted. 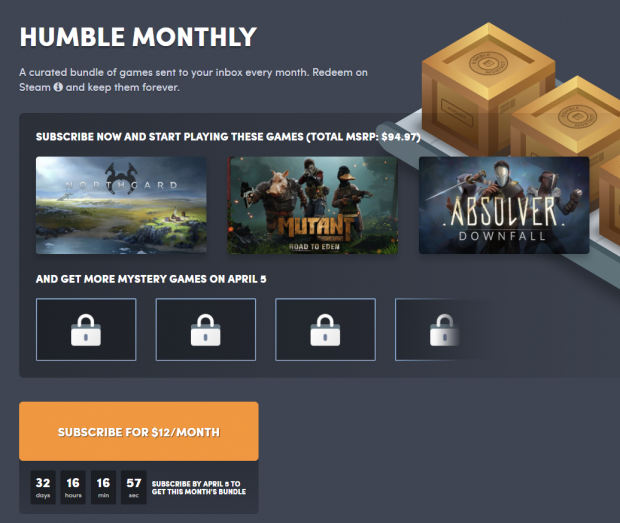 Humble have started the month of April off with a sale most gamers won't be able to pass up, for just $12 buyers will get $94.97 worth of games. The titles that are included in the bundle are Mutant Year Zero: Road to Eden, Absolver: Downfall, and Northgard. Each of the games listed is redeemable on Steam through a key that will be sent to you upon purchasing.

To give a quick synopsis of each of the games, Northgard is a strategy game that allows players to experience the life of a vikings in Nordic times. Mutant Year Zero: Road to Eden is a turn-based tactical role-playing strategy game that follows the adventures of mutants in a post-human earth. While Absolver: Downfall is a martial arts fighting game that allows the player to create their own unique fighter and fighting style. If you want to to check out the Humble Bundle website, visit it here.