Enter the Gungeon has amassed a quite impressive 2 million sales across all platforms, in celebration of this achievement the game will be debuting a physical edition for the Nintendo Switch. 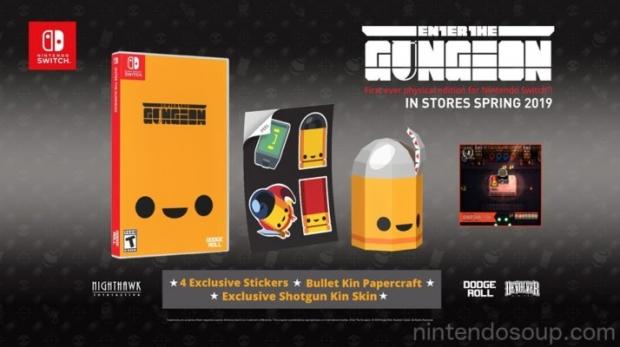 Enter the Gungeon, developed by Dodge Roll and published by Devolver Digital is a fast-paced shoot 'em up, rougelike title that has become quite popular in its respective genre. Using Steam reviews and Metacritic as a basis for how well received the game has been we find a 9/10 for Steam and solid 87% from Metacritic. The game has seen a total of 2 million units sold across all platforms with 1 million of those units being held by the Nintendo Switch.

A physical edition has been announced and will soon be hitting the shelves, coming under the 'Enter The Gungeon: Ultimate Edition' title and features some extra collectibles for purchases. Included in the pack is; stickers, a bullet kin papercraft and a exclusive shotgun kin skin. The pack comes in at a price of $30 and will be available sometime this spring, and to keep tabs on anything else that announced for Enter the Gungeon visit the official website here.