NVIDIA is all but expected to launch its GeForce GTX 1660 Ti graphics card on February 22, with another AIB having its packaging leaked. This time we have GALAX and its upcoming GeForce GTX 1660 Ti, with no fancy 'OC' or other branding on the end. Plain and simple. 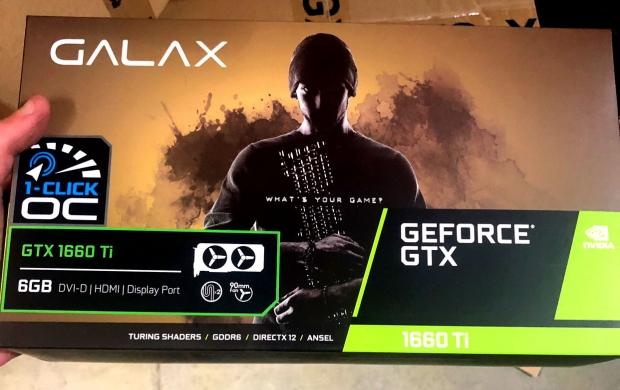 We can see here that NVIDIA is making AIB partners replace the word 'ray tracing' with 'Turing shaders', as the GTX 1660 and GTX 1660 Ti will not be capable of real-time ray tracing, but still feature a Turing GPU. The Turing GPU in question is the TU116 which will feature 1536 CUDA cores and is joined by 6GB of super-fast GDDR6 memory that should see the GTX 1660 Ti becoming a GTX 1060 successor. 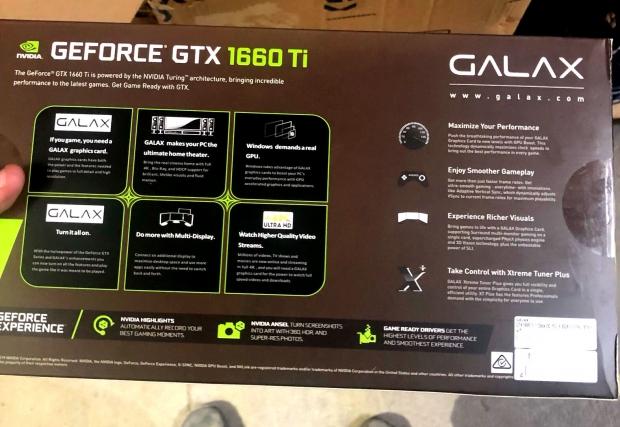 The back of the GALAX GeForce GTX 1660 Ti doesn't really tell us much, but there's not much here that we need to know.