To celebrate the release of 'Night School' on home video, we have ten Blu-ray copies of the film to give away thanks to our friends at Universal Sony Home Entertainment! 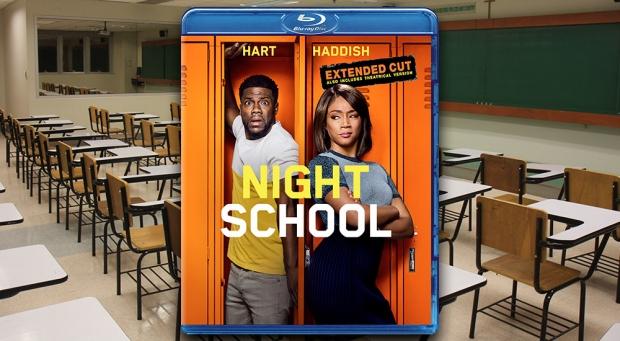 When accidentally destroying his workplace gets successful salesman Teddy (Kevin Hart) fired, he cannot find another decent job unless he finally gets his GED. But two major things stand in his way: Carrie (Tiffany Haddish), a teacher with no time for grown-up class clowns and Stewart (Taran Killam), Teddy's high school nemesis-turned-principal who will do anything to see him fail. Now every school rule is about to be broken when they all go head-to-head in a wild battle of wits, pranks and lessons you cannot learn in books.

To go into the running to win a prize, post this article to your social media profiles, answer the following question in 25 words or less and send your postal address to ben at TweakTown dot com before the competition closes on January 25.

Which was your favorite class at school and why?

'Night School' is now available to purchase on Blu-ray and DVD from Australian retailers.