Since data miners discovered details earlier in the week about the coming expansion to Elder Scrolls Online, Bethesda and Znimax Online Studios scrambled and have announced a livestream to release some official details.

The news comes from the above tweet from the official Elder Scrolls Online Twitter account. The post was caption "Cat's out of the bag!" which is in direct reference to the data mining leaks that were discovered earlier in the week regarding the possible Necromancer classing being added to the game.

Bethesda did not supply any details about what the livestream will include, but for players that want to tune in to subside their curiosity the stream will be held on Twitch.tv and will begin on "January 15 at 2:00 p.m. PT or 5 p.m. EST." The new Elder Scrolls Online expansion has been titled "The Season of the Dragon" and will be available on the Xbox One, PS4 and PC. 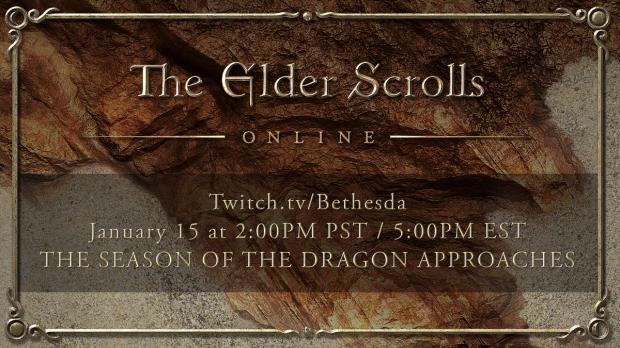