CES 2019 - During AMD's own CES 2019 press conference, company CEO Lisa Su had Xbox boss Phil Spencer on stage to talk about the partnership between the two companies over "future platforms" which is all but the confirmation we need to know AMD is making the hardware for multiple next-gen Xbox consoles. 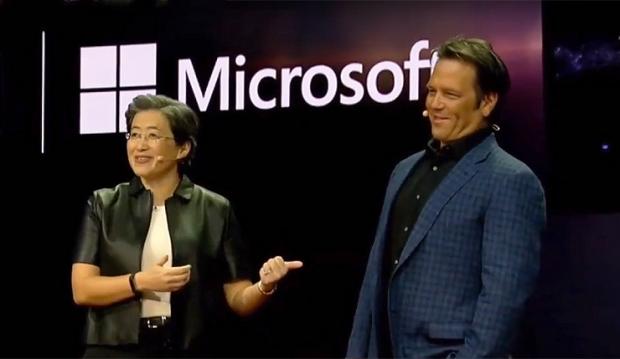 Microsoft is knee deep working on Xbox Scarlett which is rumored to use a Ryzen CPU of some sort and a next-gen GPU that should be Navi, but during the press conference Spencer said: "As a company, we look at the opportunity in gaming and one of the things I want to say is when we think who our partners are, we think about great companies that do great work, but also do it in the right wayYou're somebody that I respected a ton in this industry and I've seen the way you've led AMD, and I think having a partner like AMD that works so collaboratively with us on our future technology, but also as a cultural level I think fits so well, it's awesome to have you as a partner".

He continued: "As we look forward to future platforms that we're building and work that we're doing, the partnership and the innovations that we've seen in the past have led to what we've been able to do today, I think they're going to be critically important to our future endeavors. I'm really looking forward to showing those to people more in the future".