2019 has already kicked off to a fantastic start with Humble, the charity website that dishes out some of the best deals on games has now added Nintendo Switch and 3DS games to their library.

Those that have never used Humble before should note that all the games that are sold throughout the website come in the form of official digital game codes. These codes can then be activated within the platform that you have chosen to purchase your game on, examples include; Windows, Mac, Linux, Android and now Nintendo 3DS and Nintendo Switch.

The current line-up of Nintendo games on the Humble Store consist of some quite popular titles; Super Smash Bros. Ultimate, Pokemon: Let's Go Pikachu/Eevee, The Legend of Zelda: Breathe of the Wild and Super Mario Odyssey. Unfortunately it seems that Humble haven't yet found a medium with Nintendo for discounts for these titles, as none of the ones I have listed above appear to feature any discounts in any form. It should also be noted that Humble is also selling Nintendo expansions as well, users can purchase the Nintendo Online membership which could suggest that we will see Super Smash Bros. Ultimate DLC characters listed here as well. 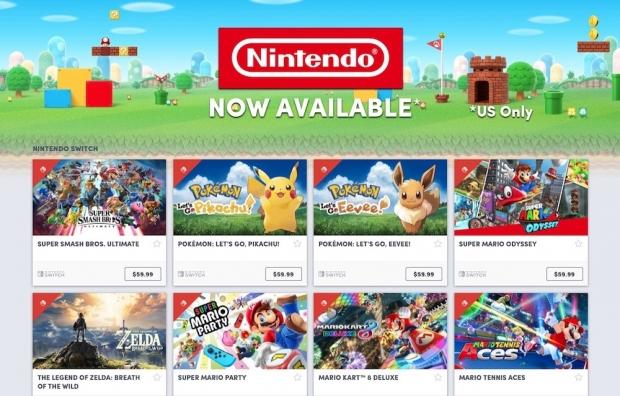