To celebrate the release of Diablo III: Eternal Collection on the Nintendo Switch, Blizzard and Nintendo have placed a secret portal inside the Diablo III themed amiibo.

Nintendo and Blizzard have announced that they will be offering Nintendo Switch gamers a "loot Goblin" amiibo that "opens up a portal in game." Diablo III features a mechanic that randomly spawns treasure goblins, these treasure goblins drop items such as gems, gold, crafting materials and other objects.

It should be noted that this offer is only available at GameStop, and that is where the following description has been sourced from; "opens up a portal in game" Once the player picks up one of these cool looking amiibo's they will be able to access a secret area. This offer is exclusive to the Nintendo Switch version of Diablo III: Eternal Collection. The Loot Goblin amiibo will be available December 2018. For more information, visit the official Diablo Switch website here. 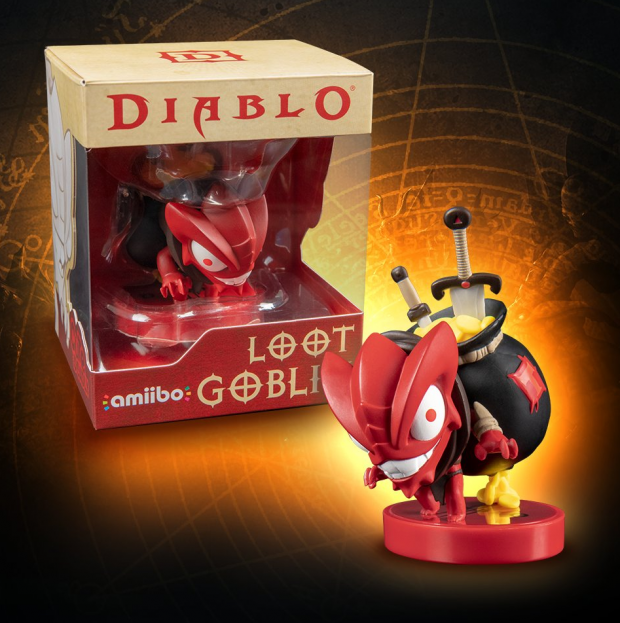