The voice actor for the famous video game character Snake, from the Metal Gear Solid series has revealed in a recent interview that no new codecs have been recorded for Snakes implication into Super Smash Bros. Ultimate. 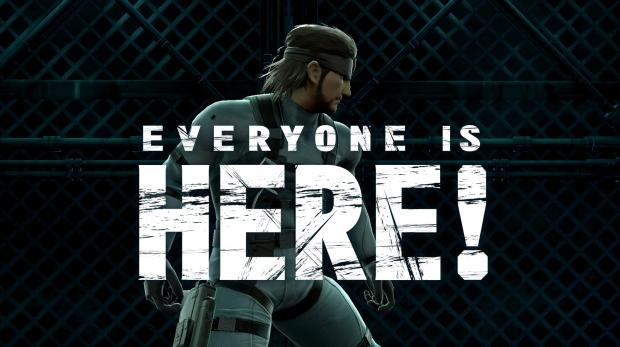 David Hayter, the voice behind Konami's Snake has discussed through an interview the recent news of Snake coming to Super Smash Bros. Ultimate. From the interview, Hayter said "I'm probably not supposed to say anything, but they haven't recorded any more codecs yet, and I have offered to Nintendo that I would certainly do that if they wanted to. I would love to that for all of the characters... I would love to do more, and we might. Who knows. But it's very cool that Snake is going to be in the game. That's awesome for the fans."

This means that no new voice lines have been recorded for Snake and that players should now expect the same voice lines. Hayter did say that he loves that Nintendo has decided to include Snake in the newest iteration of Super Smash Bros. and that if he was given the opportunity he would record more voice lines for Ultimate. On a more comedic note, Hayter has started a movement to bring back Snake's original butt size, if you support his movement be sure to hashtag #FreeSnakesButt on any social media platforms.