After watching Overkill's latest developer stream for its new The Walking Dead shooter, I noticed the game is actually prime real estate for season pass content--especially now that the devs confirmed microtransactions won't be in. Here are my predictions. 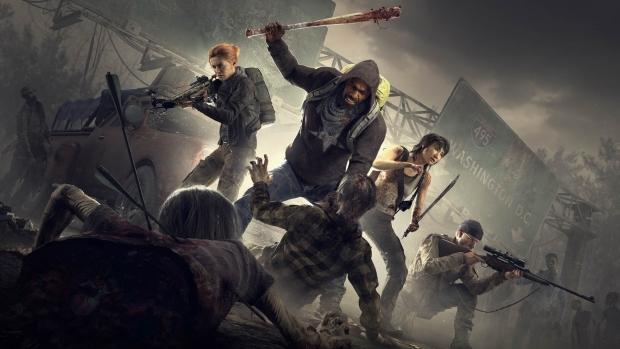 Since resource scarcity plays a huge role in The Walking Dead universe, it only makes sense it'd show up in Overkill's new Walking Dead FPS. Any time an online game has strong emphasis on crafting and gathering materials, resources and loot it usually means the mechanic will be monetized in some fashion--even singleplayer-only games like Assassin's Creed: Origin follows this path, which I predicated ahead of official confirmation. Typically publishers like EA, Ubisoft, and Activision offer gamers the chance to buy "time-saving convenience items" that reduce the grind for crafting. Instead of spending X amount of time to search areas for random loot, players simply buy a pack of materials to use when they need them. This is predicated on the time vs money trade-off.

We know Overkill's The Walking Dead is an online-based multiplayer game with heavy emphasis on team play. It'll have drop-in/drop-out co-op, and gamers have to not only work together strategically to take out enemies and survive, but to clear areas in the strongest motivator for any online game: the infinite quest for loot. But Overkill producer Saul Gascon confirmed The Walking Dead won't have these kinds of microtransactions...so how will it be monetized? Probably with season passes, expansions, and piecemeal DLC.

But how exactly will they work? Here's a few of my predictions based on what I've gleaned from the dev stream.

Rather than nickle-and-dimeing gamers, Overkill could include future content in a nice paid wrapper while allowing players who buy the $59.99 mode to continue playing. This would be the macro-monetization route that some publishers combine with microtransactions for a more complete revenue model.

When asked about cosmetics, Gascon said: "It's not going to be...[there are] no microtransactions. You can find different skins for the characters by playing the game and you will unlock them right away. So if you see a cosmetic you'll know that player really achieved something. It's something special."

But Overkill's The Walking Dead needs to be monetized if the team will keep adding content to it. Usually devs/publishers will give free content updates with new items, characters, events, maps, etc in exchange for including paid microtransactions. These optional in-game purchases fund continued development and upkeep of the game.

If not microtransactions then we should see expansions, season passes, and other DLC purchases roll out. This should facilitate the same way as the free live updates do, ie with fresh content to keep players engaged.

In the stream Overkill's Saul Gascon confirmed that new characters will be arriving post-launch. The game will release with four characters that each have their own special abilities and characteristics in multiplayer. This roster could expand Rainbow Six: Siege-style and charge players for each new character, or be bundled together in a season pass for, say, $40.

Destiny-style expansions are also possible. We could see Overkill lump big content drops and updates into $10-15 expansions versus being included in a season pass. This could include new areas, new modes of play, and even new story missions to tackle. The game will launch with two modes including its story-driven campaign--a freeform-style scavenge mode and a defend-the-base mode.

It's almost guaranteed TWD will receive a huge rollout of new modes to keep players engaged (keeping players both playing and paying is crucial for any live service game).

New weapon types and attachments are likely to be included too. TWD has both melee weapons (fire axe, pickaxe, machete, baseball bat, etc) and guns (rifle, shotgun, pistol, etc) to use in the game, and it's likely we'll see more unique weapons to compliment the game's continual support.

Keeping things new is absolutely essential for any online multiplayer game and we could even see crazy Dead Island-style makeshift weapon attachments at some point--or at the very least bats encased with barbed wire.

This is a means of progressing your character, or "leveling up" as Gascon puts it.

"Different weapons are good at different things. You can actually find weapons throughout the levels and if it's extracted, it becomes part of your inventory. So we really want players to feel rewarded for playing," Gascon said.

This could mean players find blueprints for weapons on the map (Gascon saying "extracted" was interesting) that can be used to build it at a camp. Materials and resources earned from in-game levels will likely be used to do so. 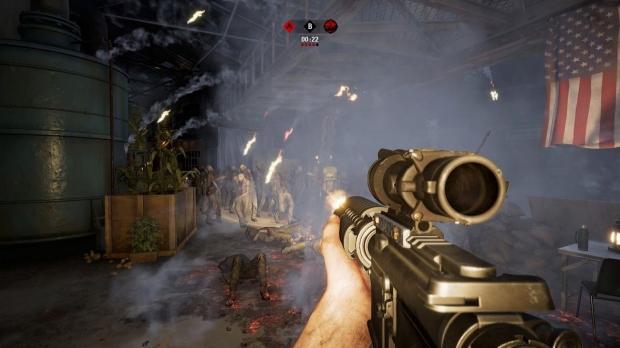 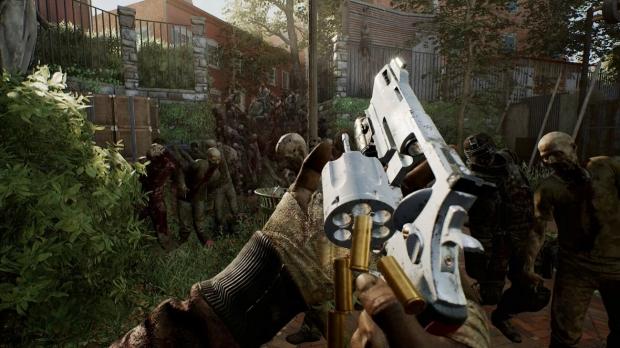 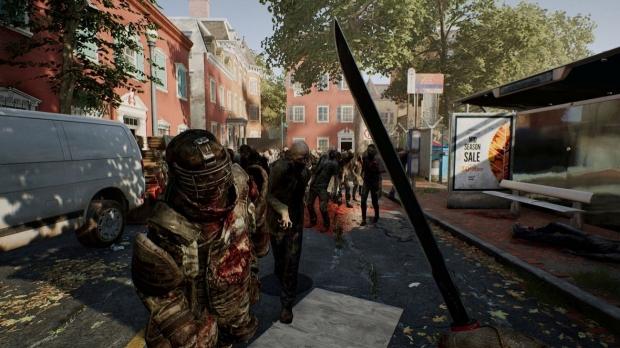 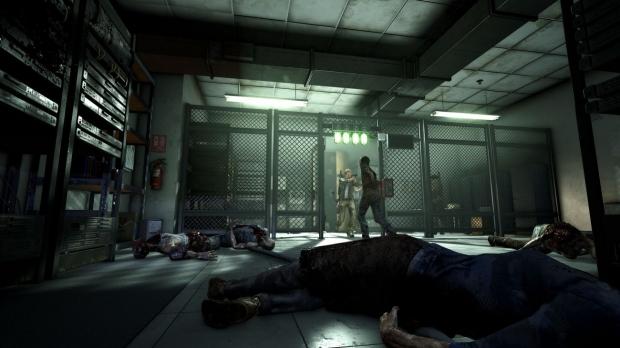 Here's what the devs said about The Walking Dead's lack of resources, and how it'll affect gameplay:

"We're also talking about the game being a battle for attrition, like you have so little resources. How do we think about that? It's part of the game design, part of the difficulty and the challenge. You have to take care of people, take care of your weapons and try to be stealthy," said Almir Listo, producer at Overkill.

"So this is a key element. Weapons are scarce, you know, and there's no one you can go to and buy new [mint condition weapons or 500 bullets] so you need to scavenge around and then be very cautious when you use it. That's something that's really important for gameplay," said Saul Gascon, producer on the game.

"Then you have all the other tools you can use like abilities and stealth, and then you can actually manage every situation. Then when you're going through the level you need to be aware of what the correct timing to spend your bullets, these precious valuable bullets."

With games like Payday 2, Overkill is no stranger to monetization. But the company has learned a bit from past moves: it removed Payday 2's controversial microtransactions years ago and isn't keen on kicking off a huge controversy, especially with such a big property as The Walking Dead.

Although the things I've outlined here are all likely forms of the "live operations" that will power the multiplayer-driven game, remember nothing has been confirmed by Overkill other than the omission of microtransactions.

Overkill's The Walking Dead comes out on November 6, 2018 on PC. The PS4 and Xbox One version has been delayed to February 2019.

OVERKILL's The Walking Dead is an action-filled four-player co-op multiplayer first-person shooter set in Washington, D.C. after an outbreak brought the dead back to life. In this test of skill, strategy and teamwork players will band together with up to three friends on a variety of missions, securing supplies as well as survivors to strengthen their camp against the threat of both the dead and the living - by any means necessary.

Welcome to the Wasteland of Washington D.C. Explore the capital after the outbreak, and discover what happened. Journey through the districts of the desolate city, and search lost neighborhoods such as Georgetown for loot, supplies and other survivors. Tread lightly, as any noise can be heard by both the dead and the living, and any mistake runs the risk of attracting a horde of walkers.