Xbox Australia is on a roll with some awesome exclusive Xbox One accessories where after unveiling the official Xbox Onesie, the team are back with a "greaseproof" Xbox One controller designed for PUBG.

The new "greaseproof" Xbox One controller is made with a "special coating resistant to grease and oil", with the new controller made to celebrate PUBG reaching v1.0 on the Xbox One. PUBG v1.0 is finally out, after residing in Xbox Preview and is now available to the public.

Microsoft's new Xbox PUBG Greaseproof Controller has PUBG's usual colors, with the company hand-spraying each controller with urethane coating that the company claims is "impervious to minor scratches, water, and of course, roast chicken grease". Yeah, they're being serious. The urethane makes the controller look greasy, which is really, really weird to look at (at least in the video).

There are only 200 of the new Xbox PUBG Greaseproof Controllers being made, and the only way you can get your doesn't-matter-if-they're-clean-or-not hands is to check out the Xbox ANZ Facebook page to win one. 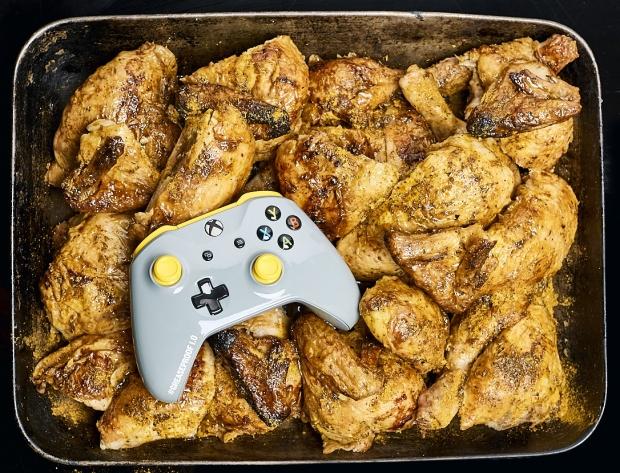