After the reveal of King K. Rool through the Smash direct, fans have been awaiting for some more gameplay of the new fighter in action. King K. Rool versus Snake, FIGHT!

For those that missed the Smash Direct, Nintendo revealed at the very end of the trailer one of the most anticipated villains to join the roster, King K. Rool. Now that he has been confirmed fans have been wanting to see some more gameplay of the heavy fighter in actions, now we have exactly that.

Nintendo has released onto their YouTube Channel a 2 minute video showcasing King K. Rool fighting Konami's Snake. From the gameplay we can obviously see that King K. Rool is a heavy and it really doesn't take much for him to knock out middle weighted fighters such as Snake. For more information regarding Super Smash Bros. Ultimate, check out all of our coverage on the title here. 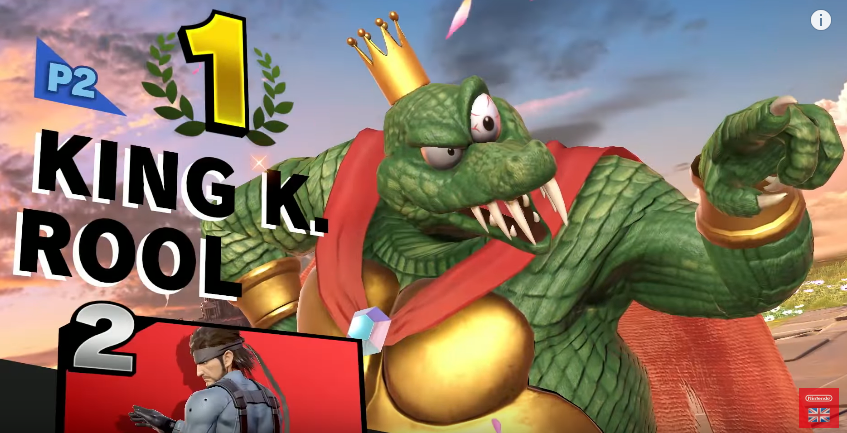