Square Enix has released yet another short trailer for Shadow of the Tomb Raider, this time we get to see a variety of enemies that Lara will be facing.

From the trailer we can see that not only are well equipped soliders out for Lara's blood but the wildlife will also be. The trailer showcases Lara fighting eels, tight spaces underwater, leopards and even elite soldiers called 'Trinity Soliders' who are on the look out for her through their thermal goggles.

This isn't the first short and sweet trailer that has been released by Square Enix, the publisher has also revealed 15 minutes of 4K gameplay footage, some home-made weapons that will be used by Lara and even some 'Deadly Tombs.' The new Shadow of the Tomb Raider will release on September 14th fo PlayStation 4, Xbox One and PC. There has been no plans for a Nintendo Switch release. 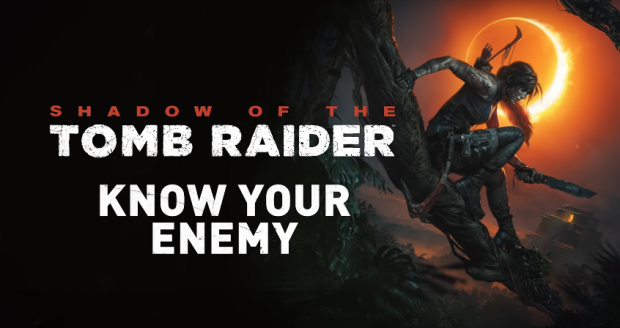