Square Enix has released yet another video revealing some footage of the upcoming Shadow of the Tomb Raider. This time round we get to see Lara in action as she takes down many enemies with his makeshift arsenal.

The video focuses on the weapons that Lara will be making to take down her enemies. According to the video "Makeshit Arsenal", Lara can make bows, bottle grenades, smoke grenades, poison grenades, fire arrows, explosive arrows and much more. From the video we can see Lara using a multitude of weapons to take down her foes, we even see her going guns blazing with a rapid fire pistol, machine guns and even a pump action shotgun.

If you missed out on the other short trailers that Square Enix has released, be sure to check out the 40 second clip showcasing the 'Deadly Tombs' that will be found throughout Shadow of the Tomb Raider. There is also another short video that reveals some of the vast enviroments that will be present throughout the title, check that out here. Shadow of the Tomb Raider will be released on PS4, Xbox One and PC on September 14th. 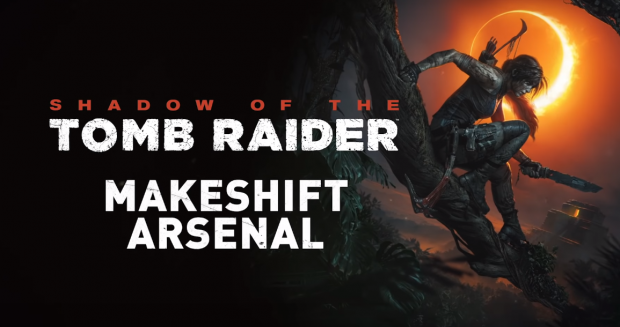