We just reported that AMD will be naming their upcoming multi-threaded beast the Ryzen Threadripper 2990WX, offering 32C/64T for what we're hoping is less than $2000, but what clock speeds can we expect out of the box? 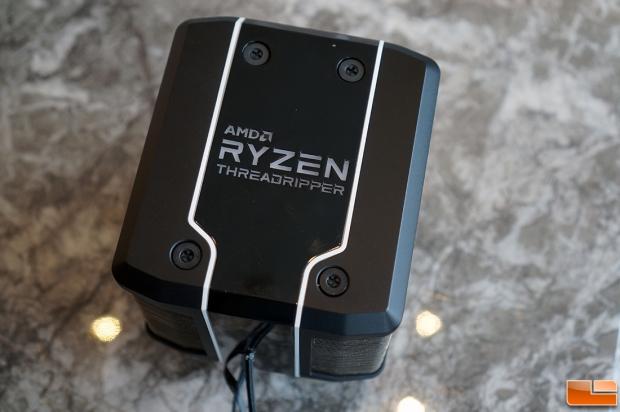 According to the latest leaks from WCCFTech (so prepare your salt) the second-gen Threadripper 2990WX will offer all 32C/64T of CPU power at 4GHz on air cooling with AMD's new XFR2 and the new Wraith Ripper CPU cooler that was co-designed with Cooler Master. AMD's new XFR2 (Extended Frequency Range) technology will help dynamically overclock the CPU based on a bunch of variables, something that will help drive the 64-threaded chip to 4GHz on air cooling.

Not only that, but AMD is tapping the new 12nm Zen+ process with the new Wraith Ripper CPU cooler can handle up to 250W of thermal load. This is an impressive feat given it's just an air cooler and not a fancier AIO liquid cooler. Expect more details on the Ryzen Threadripper 2990WX when it lands, with a full review on it coming soon from our CPU God, Steven Bassiri.