AMD might not be securing all of the CPU market share right away with Ryzen, but it's causing enough of a stir to pull thousands of people away from the clutches of Intel, who is in a world of trouble as it is right now with its CEO resigning recently, and their 10nm process completely broken. 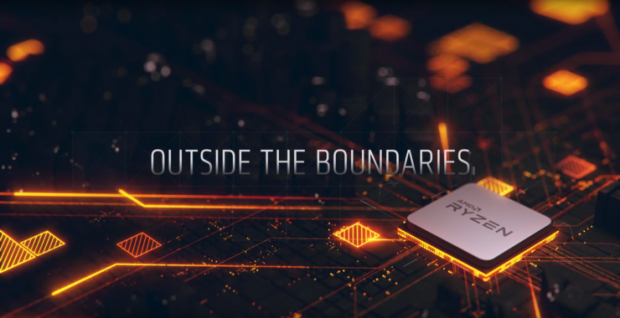 The company is reportedly preparing a mid-range Ryzen 3 2300X processor which is a 4C/4T part, with its CPU clocks bumped up to 3.5/4.0GHz thanks to no multi-threaded support. AMD's use of the 12nm process also helps, with tweaks to precision boost overdrive and XFR enhanced. 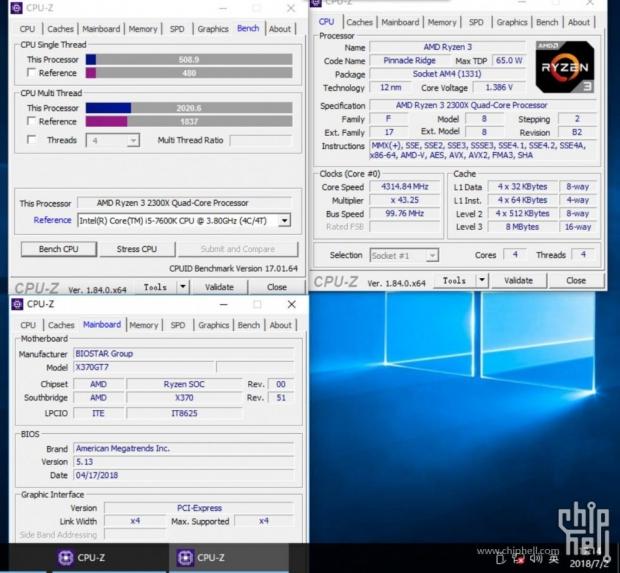 According to a post on Chiphell, the purported Ryzen 3 2300X was tested on a Biostar X370 Racing motherboard and it looks like it's delivering the performance of the Core i3-8100 and Core i3-8350K. The user pushed the Ryzen 3 2300X up to 4.3GHz with 1.38V of voltage used. We should expect to need a good AIO cooler to handle that voltage and overclock, as well as a good motherboard.