In a move that I don't think many saw coming, Microsoft and Nintendo have teamed on a new crossplay-focused Minecraft trailer, with one gamer playing on an Xbox One controller, and the other with the Joy-Con Grip from the Nintendo Switch.

The new Minecraft Better Together update launched last year that enabled crossplay between Xbox, PC, and mobile platforms. But now there has been an update to the Nintendo Switch version of Minecraft that allows Switch owners into the crossplay ecosystem. What about the PS4? Yeah well, Sony doesn't play well with others.

The two companies had a great Twitter blast under the video: 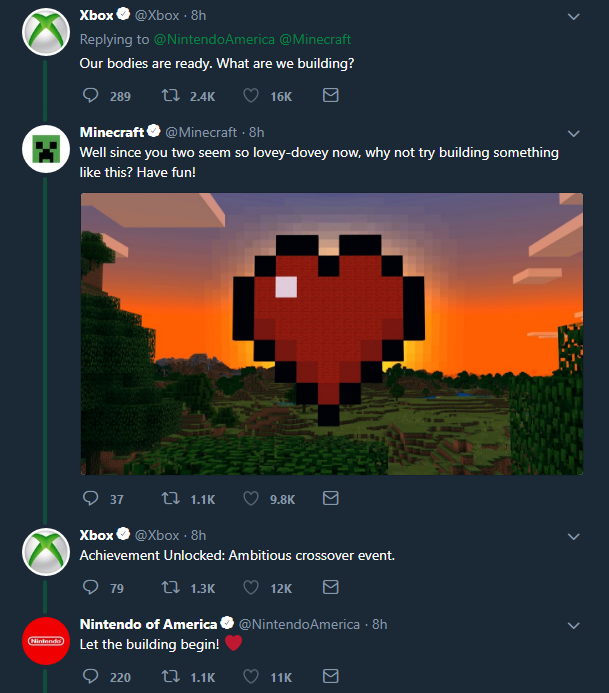