Battlefield V's marquee artwork has been shown off ahead of schedule thanks to an early page on Sony's PlayStation Network. 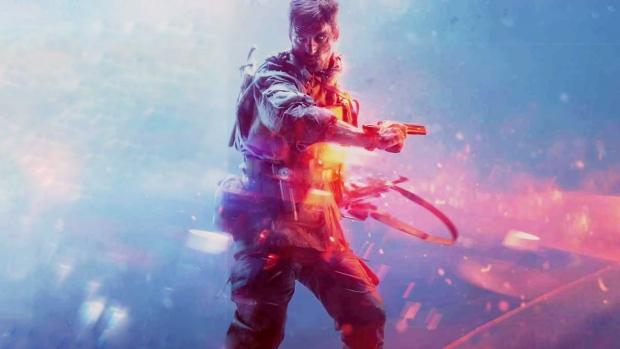 Tomorrow EA and DICE are set to showcase Battlefield V's new content, mechanics and storyline during an official reveal event, but a small piece of the surprise has been unwrapped already. The art popped up as part of a event reminder pane on the PS Network that adds even more evidence of a World War II setting.

The shooter will have familiar features like an episodic War Stories-driven campaign mode with a co-op twist, and there've been rumors about a battle royale mode to boot.

Battlefield V will be unveiled tomorrow at 4PM EST on YouTube, Twitch, and console-based streams via Xbox LIVE and PlayStation Network.