Did you grow up with Ren and Stimpy or Rocko's Modern Life games as a kid? Or maybe Avatar: The Last Airbender titles? Those games and more are about to make a comeback. 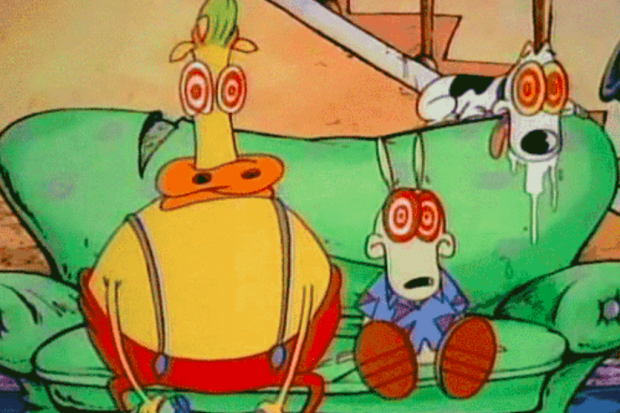 Today THQ Nordic and Nickelodeon announced that a number of old-school gaming classics from the SNES era and beyond will be resurrected, likely in original or possibly remastered form.

"THQ Nordic and Nickelodeon today announced the global revival of several game titles connected with Nickelodeon properties," reads a press release announcement. Games based in series like Rocko's Modern Life, Ren and Stimpy, Rugrats, Avatar, Danny Phantom, and Invader Zim were specifically mentioned, although official details are still light. It's highly likely the games will be re-released in a nostalgic bundle for play on current-gen systems, and I'm hoping the theoretical pack comes to the Nintendo Switch.

On-shelf availability will be announced in the coming months.

"The appetite for Nickelodeon content old and new continues to grow and it's exciting to bring our beloved content to new audiences through this partnership with THQ Nordic," said Jon Roman, Senior Vice President, Toys, Nickelodeon.

"These titles were popular when they were first released and we can't wait for fans around the world to rediscover their favorites."

"This one hits close to home! We are very proud of signing this agreement, which was originally executed by the "former" THQ Inc," comments Adrienne Lauer, VP Digital Sales & Business Development Americas at THQ Nordic.

"We believe the combination of strong licenses and solid, crisp gameplay was one of THQ Inc's trademark strategies, and we intend to continue this tradition. I am confident we chose one of the strongest partners for doing just that. It is a perfect fit for our "asset care" strategy: bringing back fan-favorites, continuing to support legacy games and make them available on current and even next-gen platforms."