When I was writing my article about Bitcoin hitting $13,000 yesterday I thought we might see a new peak of $14,000 if it went on a really good run. Well, I was wrong. 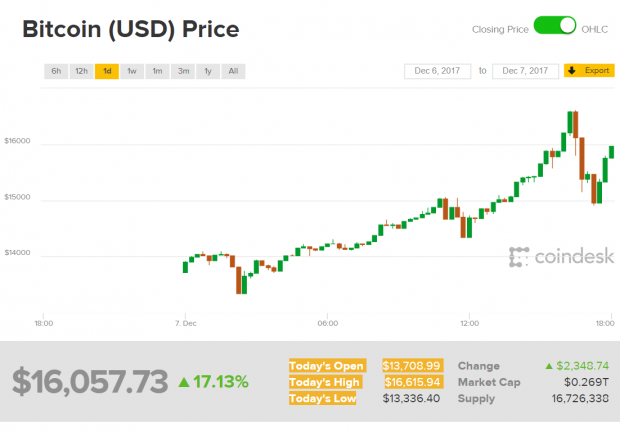 The massive $60 million+ in BTC being swiped from NiceHash in its rear view mirror, Bitcoin's price continued its meteroic rise past the $13,000 barrier and right into $16,600 overnight. A rise of 30% in 24 hours is absolutely astonishing, with anyone holding BTC right now smiling from ear-to-ear.

At this rate $20K isn't impossible before the end of the year, and John McAfee might need to eat his own d*ck since BTC could hit $1 million sooner rather than later.