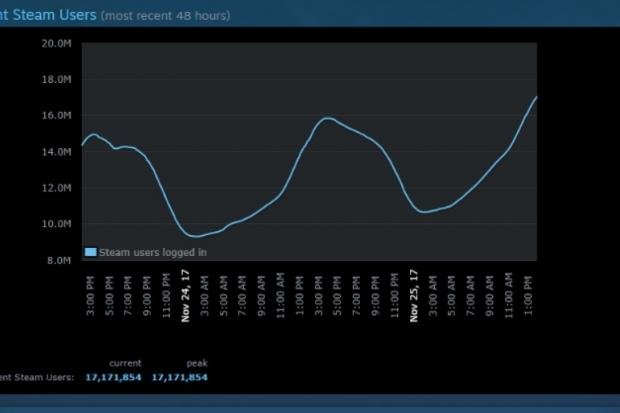 Black Friday would've helped this in a big way, with Valve reaching a new peak of 17,683,804 users at once. SteamDB has said that they've noticed a new high of 6,813,617 users in-game at once, which is crazy. Battlegrounds on its own is doing nearly 3 million concurrent players, which is just unbelievable.

We don't know how many Steam users there are in total since Valve doesn't freely release that information but back in 2014 the company said it had reached 75 million users. In 2015, Valve said they had over 125 million "active" accounts... so we can only imagine what they have now. 200 million? Probably.