Here at TweakTown we've covered CD Projekt RED's new game Cyberpunk 2077 for quite some time, but following the developer's recent remarks, some gamers think that Cyberpunk 2077 will be an entirely singleplayer experience. But our growing library of content on the game seems to say otherwise.

Given the current state of the games industry I've long thought Cyberpunk 2077 would be online-based and have some sort of monetization. But CD Projekt RED's recent comments on Cyberpunk 2077 have monetized games-as-a-service elements seems to have led people to believe it'll be singleplayer only. Of course CDPR knows exactly what they're planning and we can't contest that. But everything I've reported on the game so far tells me it should have online components of some kind--it'll be hard for the devs to reach their planned scope without them.

First up we have CDPR's grant from the Polish government. This $7 million grant is to help the studio build next-gen level worlds with "real-time AI and living cities" while also incorporating "seamless multiplayer" into the mix. In fact, everything about the grant seems to directly affect Cyberpunk 2077 in a number of ways. When combined the components give us an idea of what to possibly expect from Cyberpunk 2077.

Worry not. When thinking CP2077, think nothing less than TW3 - huge single player, open world, story-driven RPG. No hidden catch, you get what you pay for - no bullshit, just honest gaming like with Wild Hunt. We leave greed to others.

Here's the main sections of the grant that tell me multiplayer will be in:

The first section is fairly obvious, however there's no guarantee this section will be worked into Cyberpunk 2077. The last part reinforces the idea that online elements will be incorporated. Now although CDPR said that Cyberpunk 2077 will have a "full singleplayer experience," that doesn't mean there won't be more content to play via online--or that playing online will dramatically change your experience.

Typically in order to hit this kind of evolving, "live" scope of a game, the game needs to have live services--aka online components that allow the developers to consistently shift, change, and further their game worlds on-the-fly.

CDPR even talked about how the grant would help them in their 2016 yearly earnings report.

"These proposals concern important technological aspects of cutting-edge RPGs, including the construction of a massive-scale open, "living" world, improvements in the efficiency of designing and implementing complex facial and body animations, achieving cinematic quality of in-game cutscenes and providing unique multiplayer gameplay options," CD Projekt RED writes in its latest yearly earnings briefing. "The outcome of this work will be used in future AAA games developed by the Studio, including Cyberpunk 2077."

CDPR goes on to say how ambitious the game is.

"You're able to see in our presentation how each game is more successful than the previous one. So the ambitions are very voracious. We would like to devote a lot of attention to Cyberpunk, a lot of efforts over quite some time. But we still need some time for the game to be ready. The Work is ongoing and it's very intense. We know what it's like, we watched the game, but we can't tell you anything. This year will belong to Gwent. This year we will be communicating Gwent."

Read Also: Cyberpunk 2077 might have flyable cars and vehicles

Now let's go over the timeline.

Cyberpunk 2077's teaser trailer went life in 2013. That's 4 years ago. We're betting that CDPR was at least planning the roots of Cyberpunk 2077 back then, or possibly even more. So that means the game will have been in development for about 8 years when (and if) it meets its 2021 release target. That's a lot of time for a singleplayer-only game.

Furthermore, CDPR asserts that they want Cyberpunk 2077 to be much more commercially successful than The Witcher 3. That's only to be expected given how much time, effort, and money has gone into the project...again this is the biggest, most ambitious game CDPR has ever made. Coming off the heels of the lauded Witcher 3 that says a lot.

So for a games company to invest untold money into funding development for a huge, sprawling open-world game, it only makes sense for them to want to maximize return on investment. It also makes sense that the game should be played for a long period of time like typical games-as-a-service titles. Based on all of these things put together, I'm making an educated guess that Cyberpunk 2077 will indeed have online elements in order to facilitate this scope.

But how will CDPR monetize the game? Will they monetize the game? CDPR is unpredictable when it comes to certain things, and if their statement is anything to go by, they'll "leave the greed to others" and probably not include lootboxes or anything like that. But I do expect some sort of extra cashflow outside of full retail game sales--at least if the game is meant to have a long tail with online features.

This could happen via cosmetics, optional subscriptions for online play, or even a season pass jam-packed with content.

At the same time, however, CDPR has apparently made it clear that singleplayer won't be restricted at all. You'll "get what you pay for" when you buy Cyberpunk 2077: a full singleplayer game that lives up to the insane standards players demand from the Polish developer.

In the days when online elements typically suck away the game experience like some sort of industry vampire, it's nice to hear that players will have a meaty, fully-fledged one-player story to play through...especially one from the masters at CD Projekt RED. 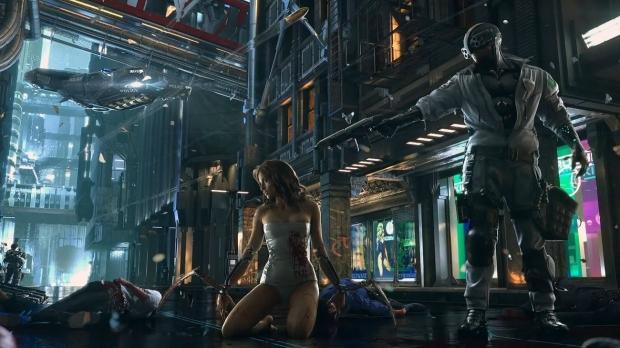