CD Projekt RED has frequently affirmed Cyberpunk 2077 will be beyond anything it's ever done before: the game is above ambitious and should have incredibly complexity and dynamism that ushers in a new era of next-gen gaming. But just how far is the team wanting to go? 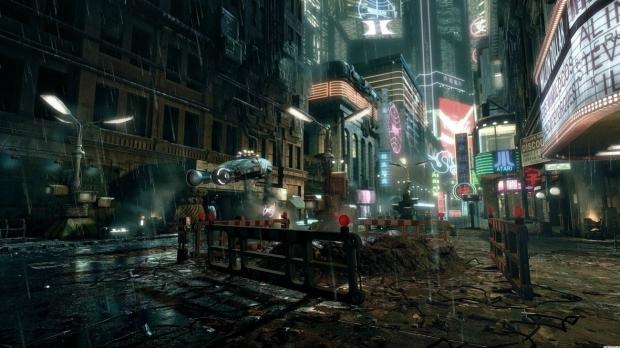 Besides dreams of a massive game far and above The Witcher 3, we don't know much official info about Cyberpunk 2077. But CD Projekt RED President and Joint CEO Adam Kicinski recently discussed the team's aspirations for the game and says it will ideally be better than The Witcher 3 in every single way. CDPR has a history of consistently one-upping itself with its games releases, but the jump between 2015's amazing The Witcher 3 and Cyberpunk 2077 should be a leap that spans oceans.

When asked how Cyberpunk 2077 should or may be better than The Witcher 3, Kicinski replied: "Everything. Every time we make a game we want to make a better one than before. We want to experiment in new fields, of which were not yet explored in The Witcher. I can't say much about Cyberpunk, but our ambitious are set really high because that's our style of work. We want to go even higher, and especially seeing how we're having a business chat, we're interested in Cyberpunk being even more commercially significant [than The Witcher 3]," the company president said in a recent interview.

CD Projekt RED is aiming for better sales this time around and hopes Cyberpunk 2077 will be a bigger beast when it comes to commercial success.

"The Witcher is an unquestionably very good game--a great success in commercial terms. We are very happy but it's still far from the world records. Individual games can sell much much better. With this in mind, creating the phenomenal Cyberpunk we hope to do even better with this title than we already did with The Witcher 3," he said.

"Of course everything is ahead of us. It's no forecast. These are just our dreams. Investments in Cyberpunk will of course be much bigger than those in The Witcher. We don't reveal the budget but our sales goals are much bigger."

Although CDPR has been guarding Cyberpunk 2077 details, we do know a few tidbits. For example, the game should be built on high-end gaming technology including powerful and robust development tech as well as new facial capture camera rigs.

Cyberpunk 2077 is currently slated to release alongside another major AAA RPG by 2021.