According to NPD Group analyst Mat Piscatella, who wades in the vast sea of video game sales data, there's no evidence that loot boxes are having adverse effects on game sales. 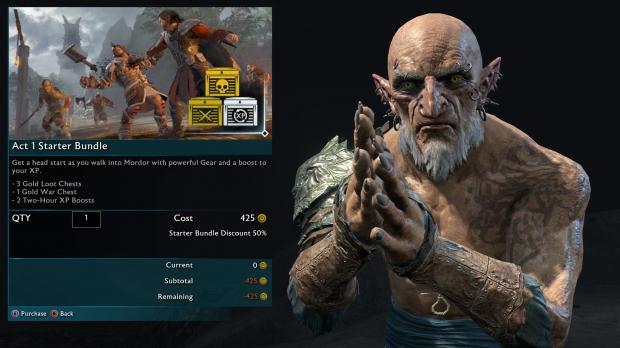 Following the big controversy surrounding Shadow of War's optional war chest microtransactions, enthusiast gamers have pushed back en masse against "exploitative anti-consumer practices" of loot boxes, which typically power gaming's biggest billion dollar titles, calling for boycotts of games that use them. But there appears to be a disconnect between enthusiast gamers and everyday consumers: there's no evidence that the inclusion of lootboxes are causing game sales to dive--but the reverse is also true.

In a recent interview with Games Industry.biz, NPD Group analyst Mat Piscatella said that controversy hasn't affected sales potential of games with loot boxes. "I would not say that the presence of loot boxes causes games to sell at higher levels than games without loot boxes. What [this week's] release does suggest is that the loot box or microtransactions controversy has not yet resulted in clear noticeable limitations of the sales potential of the games with [those mechanics]."

Mr. Piscatella goes on to say the industry's biggest bestsellers are those that "strive towards achieving player engagement and extending retention," a clear signal that major publishers are shifting towards service-based revenue models.

But at the same time, the analyst says that the "presence of loot boxes correlates to higher game sales volume."

"As every stats professor has ever declared correlation does not necessarily mean causation. It could just be that the biggest games with the highest marketing budgets tend to have these mechanics, and that the games are selling well despite the presence of loot boxes in the games."

It'll be interesting to see if gamer push back will affect full game sales, or if global consumers will outweigh the voices of enthusiast players. After all, key data shows that video games players actually embrace microtransactions, thus making it a billion dollar market.

After all, if no one bought lootboxes, games like Overwatch wouldn't rake in tons of cash every quarter and every big games-maker wouldn't be chasing that same revenue model.