PlayerUnknown's Battlegrounds is a runaway success with 2 million concurrent gamers on Steam, and over 15 million copies that have made South Korean developer Bluehole, nearly $500 million. Insanity.

Battle Royale is now blending with the virtual world with Virtual Battlegrounds, something that was born from a post on Reddit, and then Oneiric Entertainment went to work with it. It looks very basic right now, almost like it was made as a joke - which it kinda was, with a limited 16-player world for now with plans to expand the player count.

Virtual Battlegrounds has free-for-all and squad-based options, with a release in 2018 for the Oculus Rift and HTC Vive headsets. If it is to become something better than it is now, it's going to need some serious work, and much more time in the development oven. 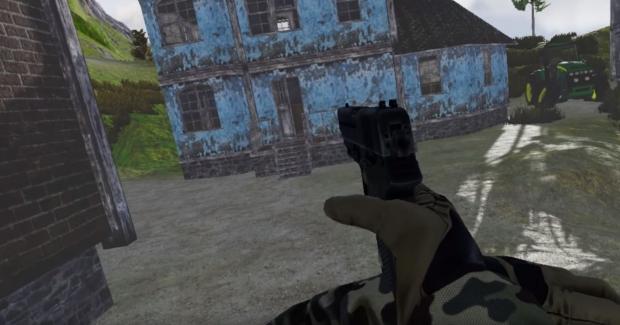