According to IGN editor Dan Stapleton, Middle-earth: Shadow of War clocks in at a huge 97.7GB on PC, which is over 50% bigger than the PS4 version. 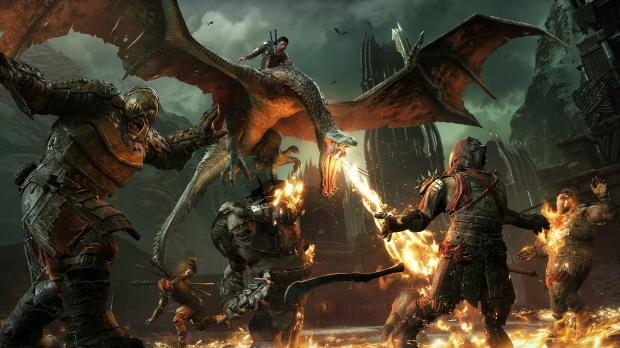 Monolith Productions has been crafting Shadow of War for a few years now, and it's meant to be an epic, sprawling open-world experience with enough content to keep you busy for months. In fact, the team hopes gamers will be playing Shadow of War "for years". Open world games are huge, there's no doubt about that, and the data needed for these massive titles often comes with a colossal weight on our hard drives. Shadow of War is no different, and according to recent info from an IGN editor, the game will weigh in at 97.7GB on PC, which is 53% bigger than the PlayStation 4 Pro's 63.93GB install size.

Shadow of War might be the single biggest download (at launch) I've ever seen. A lot is 4K video, plus a TON of uruk voice acting. pic.twitter.com/QqaZCX9oFi

So why is the PC version so much bigger? In a word: textures. The PC version comes with a ton of native 4K textures to ensure gamers with high-end rigs can experience top-tier fidelity. I have no doubt the Xbox One X flavor of Shadow of War will clock in somewhere near this size too, especially since the game uses native 4K textures on the new Xbox.

The game drops tomorrow so if you plan on grabbing it on PC, be sure to clear out some space and prepare your schedule for a mighty download on Steam.