Now that the Nintendo Switch's OS kernel has been cracked, hackers are finding interesting goodies hidden onto the system's files including a built-in NES emulator and a ROM file for NES Golf. 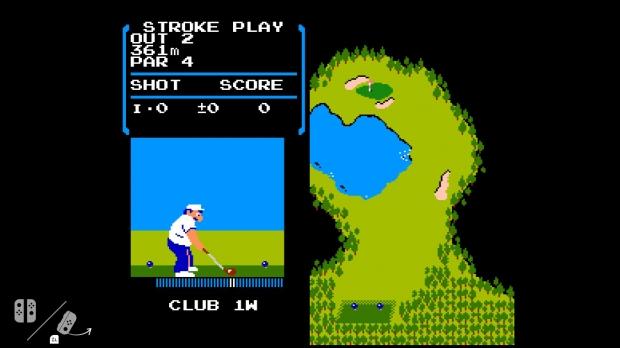 According to a homebrewers who have hacked the Nintendo Switch, every single console-handheld hybrid comes with a NES emulator baked in, presumably as a foundation for the console's paid subscription service. This Switch Online service, which costs $20 annually and is slated to release in 2018, will give users access to a pool of classic NES games with added online play.

Hackers have also found that every Switch features a copy of NES Golf that runs on the built-in emulator, complete with local two-player and JoyCon support. This game is undoubtedly a test run for the Switch Online's service and likely doesn't indicate traditional VirtualConsole support for the Switch, much to the dismay of many fans--including myself.

The Switch Online service is slated to release sometime in 2018, and NES Golf will likely be one of the debut titles to roll out with the service.