Mario Kart and VR are a match made in heaven--we think so, and so do the lucky Japanese gamers that have actually tried it out.

The game is officially licensed by Nintendo, and players wear the HTC Vive VR headset while sitting in a special go-kart that reacts and rumbles with feedback, making the experience more like an amusement park ride than a traditional arcade experience. If you're ever in Shinjuku, Tokyo be sure to check out the VRcade and have a blast in this interactive wonder! 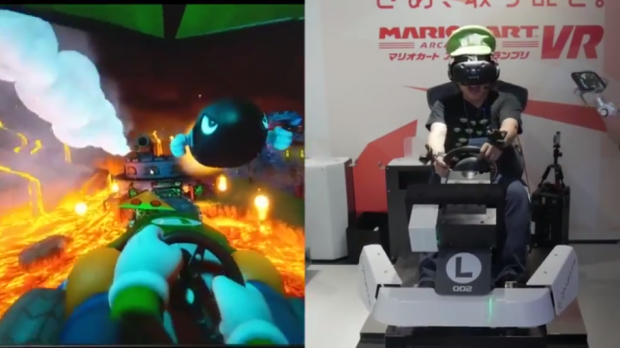