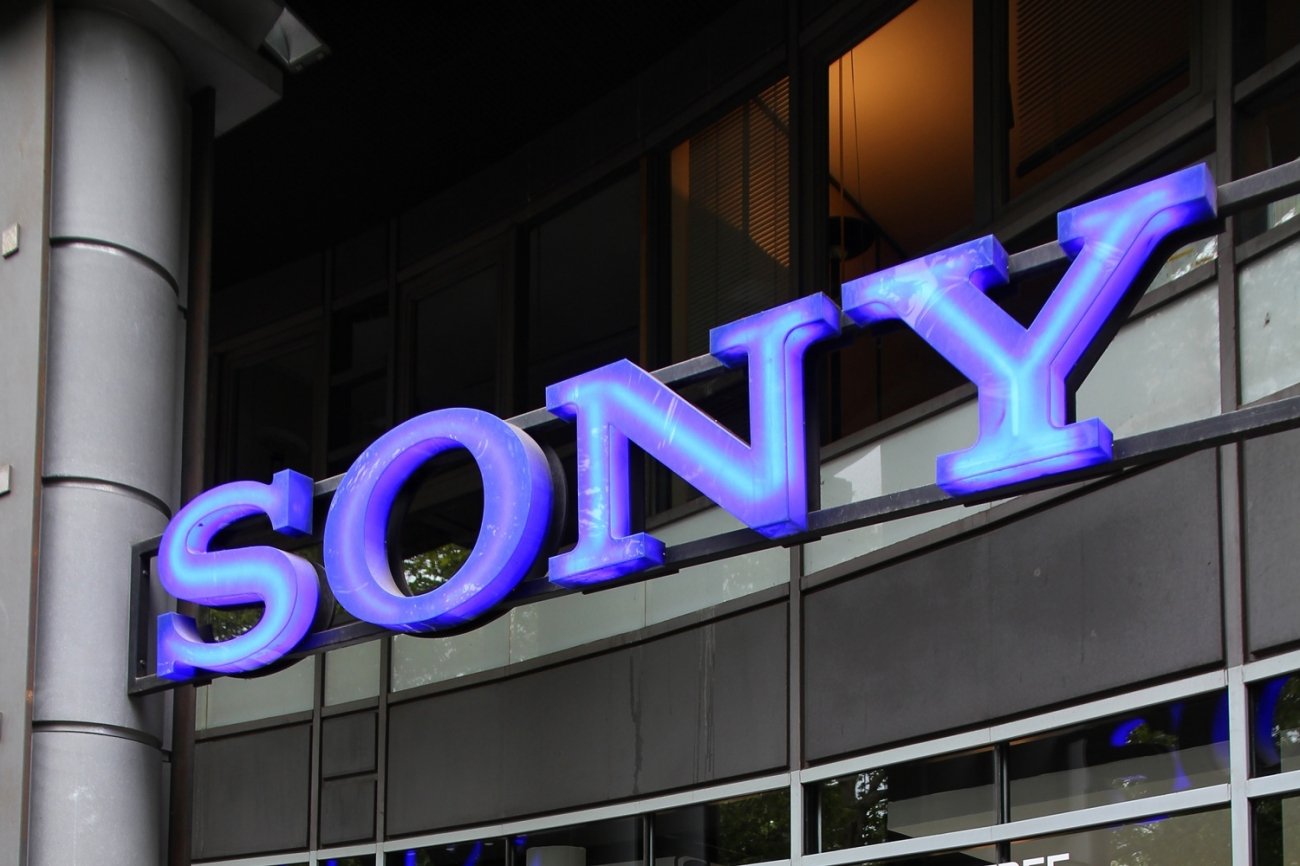 Profits surge in Sony Corp's new quarterly financials, with key segments like the company's semiconductor arm which makes its lucrative image sensors, the video cameras segment, and its financial institution all seeing big jumps in net sales revenue of 41.1%, 27.3% and 30.3% year-over-year spikes respectively. 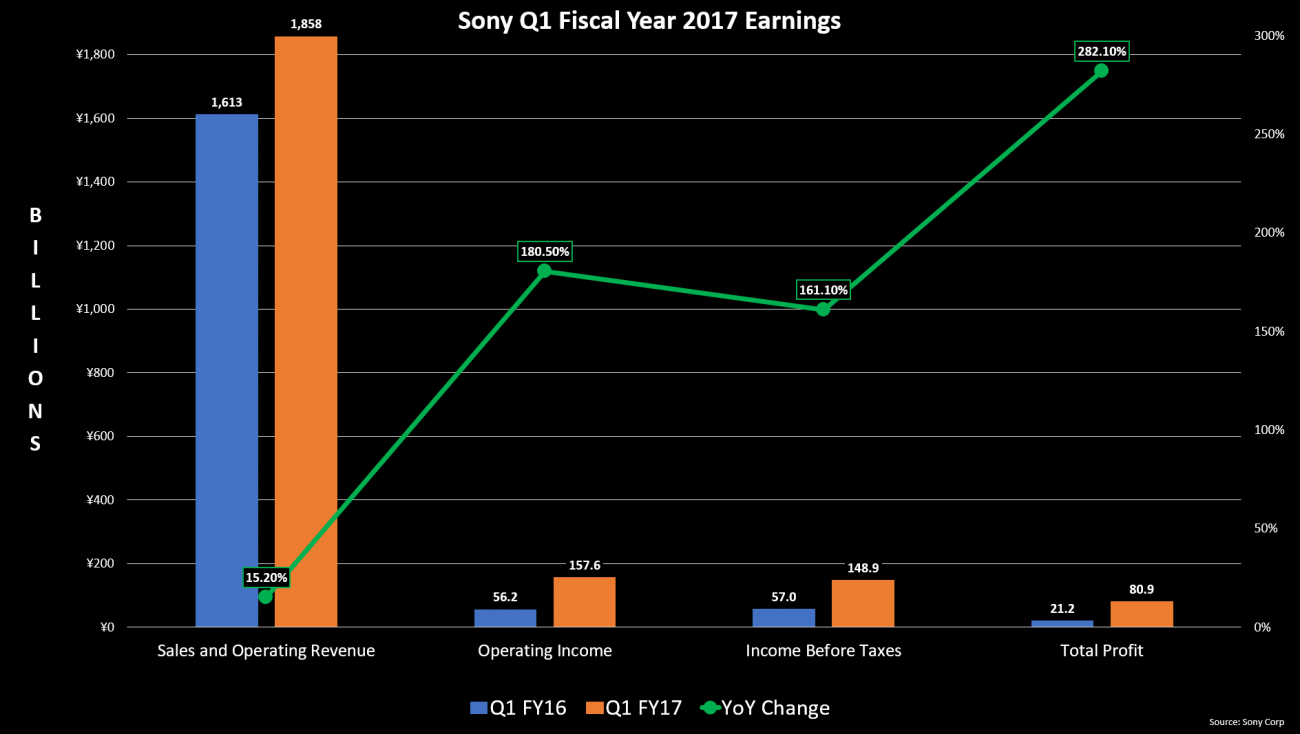 Operating income spiked by 180.5% YoY to 157.6 billion yen ($1.42 billion), driven by big turnaround in segments like semiconductors, which saw astronomical operating income growth by 227% year-over-year, as well as the Imaging Products and Solutions segment, which saw an equally impressive YoY spike of 209%. 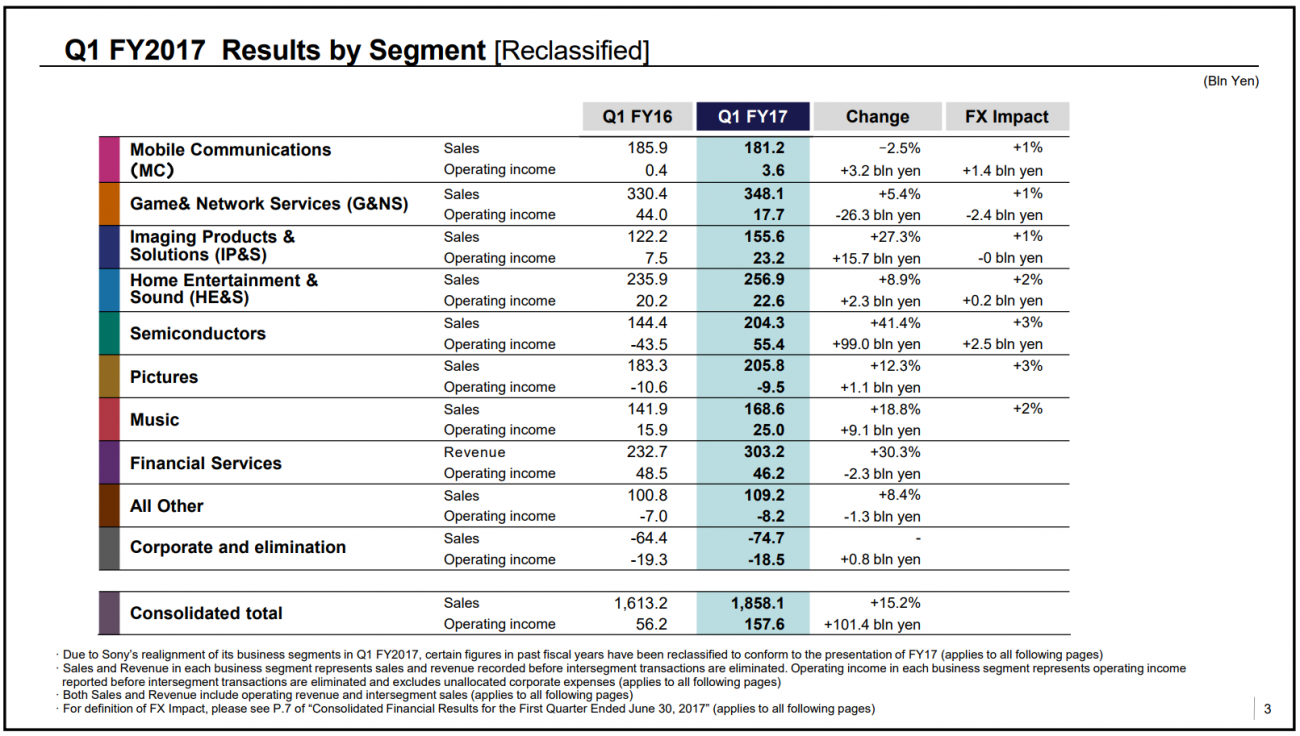 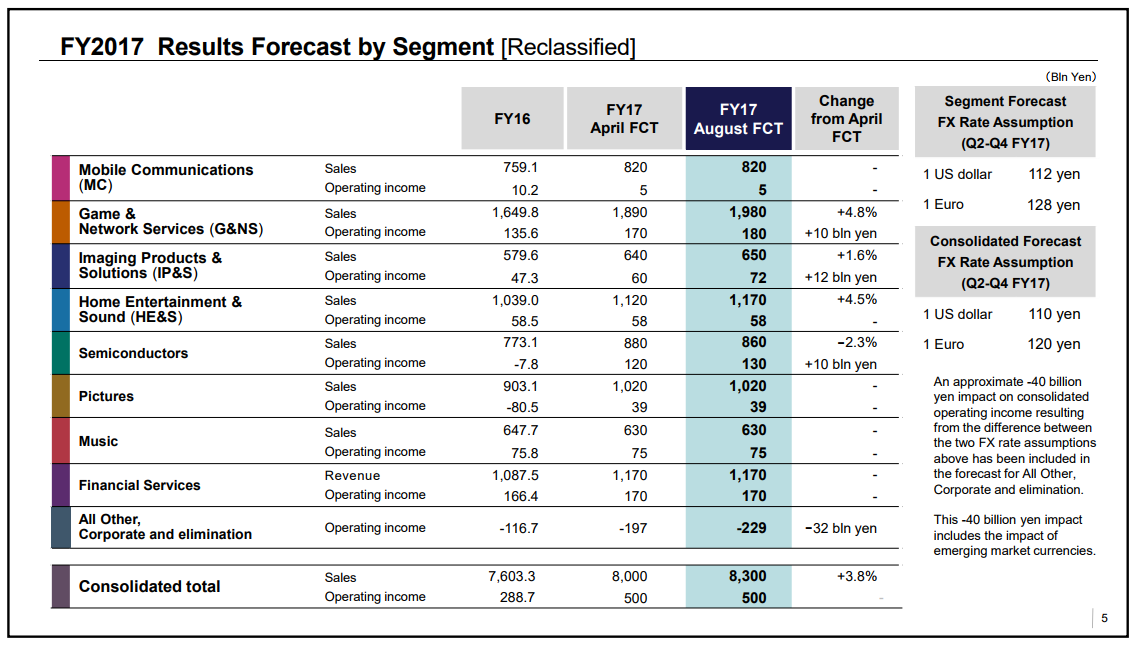 In light of strong earnings growth and favorable exchange rates, Sony has adjusted its initial Fiscal Year 2017 earnings. Sales and operating revenue's guidance has been raised by 3.6%, and Sony now expects to make $75.12 billion (8.3 trillion yen) during the twelve-month period ending March 2018.

The company expects to pull in $4.52 billion (500 billion yen) in operating income during the full FY17 timeline, and forecasts total profits of $4.25 billion (470 billion yen). 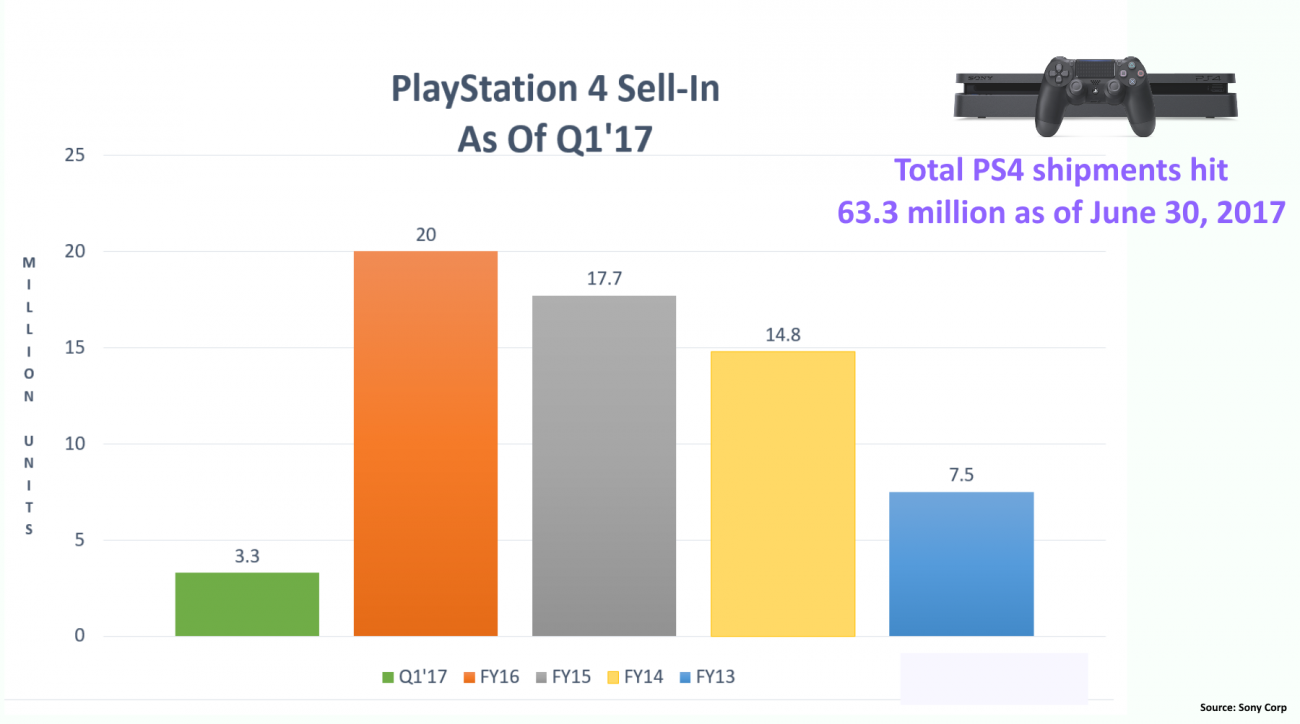 Sony's Games and Network Services segment, which includes PlayStation 4 software and hardware sales along with PS Plus subscriptions and other services, had tame growth throughout the first quarter. G&NS segment pulled in 348.1 billion yen ($3.15 billion), up 5.2% year-over-year. Sony's game segment sales accounted for 18.75% of Sony's total sales revenues for the quarter.

The games division saw a marked drop in operating income, however: G&NS operating income dropped by a massive 59.77% to 17.7 billion yen ($160.202 million), which Sony attributes to the PS4's price reduction which took place in September, along with an absence of lucrative key first-party games for Q1'17 that was released in the previous quarter.