Just two months after HTC announced that they are working on a standalone VR headset, the company has unveiled its first Vive Standalone VR headset for the Chinese market at ChinaJoy. ChinaJoy is China's biggest gaming expo and is the most important show for VR in China as well. 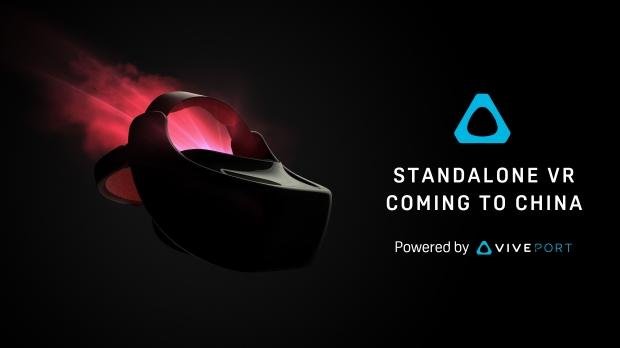 The company has been one of the pioneering companies when it comes to VR. They are the first partner to work with Valve on the Vive for SteamVR and they have the best overall VR experience. HTC isn't really a PC company, so for them to be so heavily involved in PC VR was a challenge for them. But we also know that HTC is a smartphone company with expertise in mobility and design. So, it was only a matter of time until they announced their own mobile VR headset.

The exact details about the headset itself are not quite known yet, but we do know that it will be based on Qualcomm's Snapdragon 835 platform and will likely have the same or similar specs as the Snapdragon 835 VR reference design. That includes a 2560x1440 display, 90-120 degrees of freedom per eye, sub 18ms motion to photon latency and smooth motion tracking.

Prices are still unknown, but we will update you once we get the full specs.