I had a NES back in the 80s and had never heard of Stadium Events until now, but TIL that it's one of the most rare NES games in the world.

So much so, that a sealed copy of Stadium Events was sold to a private buyer for a huge $41,977. The seller went for a traditional auction on eBay but the person who won didn't end up paying, so the seller contacted the "serious buyer" who coughed up the massive $41,977.

Stadium Events was released in very limited copies in 1987 when it was paired with the Family Fun Fitness pad, and is one of the first exercise games. 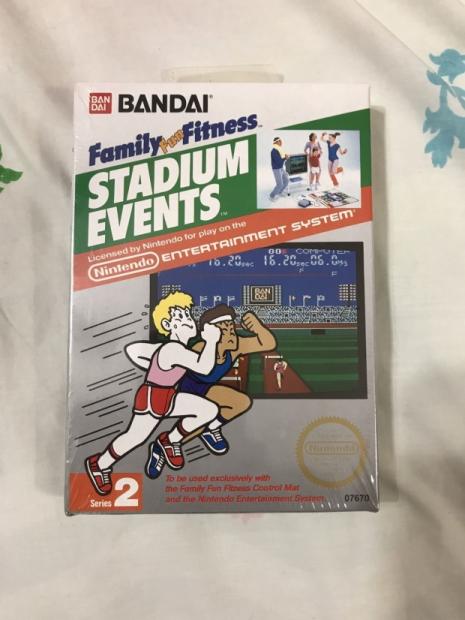