Back in October, Xiaomi announced their most ambitious phone so far - the Mi MIX. The device comes with an incredible 91.3 percent screen-to-body ratio, which the company says is the world's 1st. Less than four months after the launch, the company's CEO Lei Jun confirmed that they are working on the Mi MIX successor.

The company is reportedly aiming for 93 percent screen-to-body ratio this time, and it has been confirmed that Xiaomi is again developing the phone with the help of French designer Philippe Starck, who worked on the design of the original Mi MIX. 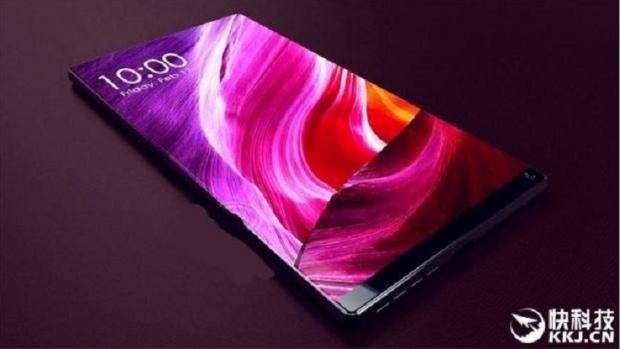 We've already seen some interesting Mi MIX 2 concepts that show an almost bezel-less design with a curved display. The device could also feature a dual camera.

Now, a new leak, focused on the phone's specs, has appeared. According to the report, the Mi MIX 2 will be powered by Qualcomm's Snapdragon 835. We know that flagships announced in the first half of the year are powered by the same SoC, but Qualcomm will very likely announce an improved version, the Snapdragon 836, which should power phones like the Galaxy Note8. We saw the same trend last year - the Snapdragon 820 in the first half of the year, followed by Snapdragon 821 in the second half. In that case, the Mi MIX 2 wouldn't come with the latest top-notch processor, but this is just speculation at this point.

The same report states that the phone will have 6GB of RAM, but we could also see an 8GB version since the original Mi MIX came with 4GB or 6GB of RAM.