Less than four months after the launch of the Xiaomi's most ambitious phone so far, the Mi MIX, the company's CEO Lei Jun confirmed that they are working on its successor. 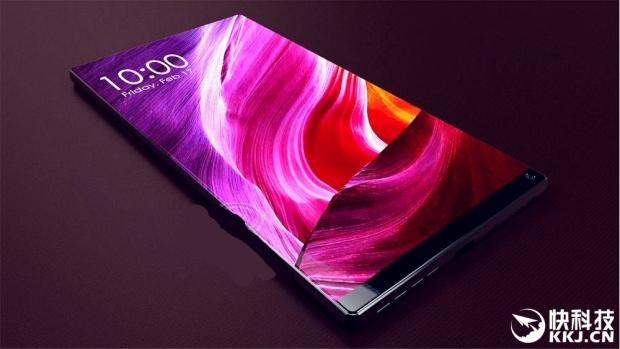 The company is reportedly aiming for 93 percent screen-to-body ratio this time, and it has been confirmed that Xiaomi is once again developing the phone with the help of French designer Philippe Starck, who worked on the design of the original Mi MIX.

A new leak on Chinese Weibo shows what is supposed to be the Mi MIX 2. Although it looks very similar to the original device, some differences are obvious.

The Mi MIX 2 will clearly have even smaller bezels and apparently a dual camera. The fingerprint sensor remains on the back.

The screen size hasn't been mentioned but let's hope that the company will go for something more appropriate than the original device which has a massive 6.4-inch screen.

Either way, it's probably going to be a while until we see the next generation Mi MIX since the original device was announced at the end of October last year.