If you thought Minecraft looked alright in its stock state or modified state, prepare yourselves for the "Super Duper Graphics Pack" that Microsoft just announced for Minecraft.

The upcoming "Super Duper Graphics Pack" will add more realistic textures, light effects, and graphics into Minecraft - with the new Xbox One X rocking 4K support for the game. The company also announced the new Better Together Update for Minecraft, something that adds a new community marketplace for gamers to sell creations, new in-game servers to play on, and new cross platform play between a huge variety of devices.

Minecraft gamers will soon be able to game between Xbox One, Windows 10, Nintendo Switch, and even mobile devices. The new 4K graphics pack will drop later in the fall, while the Better Together Update will be released soon. 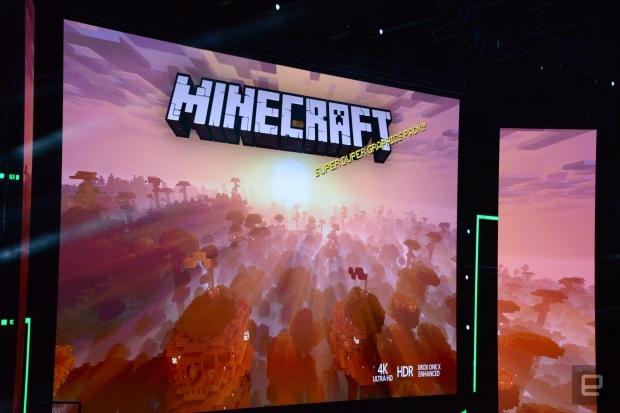